Author of the Month: Misa Buckley

Congratulations to our Author of the Month, Misa! Find out more about Misa and her books below:


Misa Buckley grew up watching Doctor Who and Star Trek and reading fantasies from Anne McCaffrey and David Eddings. So when she started writing NaNoWriMo in 2007, it was sci fi that she wrote. She found writing a much-needed haven from the crazy of raising five children and a Land Rover-obsessed husband.
It took her a few years to take the step from writing to submitting, but she is now published through Decadent Publishing and Champagne Books, as well as self-publishing. Her books involve characters who experience adventure, romance and really hot sex on their way to a happily-ever-after. 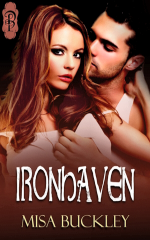 The Earth is dying, and Lucian Hoyt is going to die with it thanks to his parents cancelling his pass aboard the last shuttle off the planet. There is hope, though–a brilliant inventor has come up with a plan to build a ship to evacuate those who’ve been left behind.That inventor turns out to be Genevieve Scott, Lucian’s bitter ex-fiancée. If they’re going to work together to get off the planet, they need to put their past aside, but even melting the ice between them can’t erase all the scars. 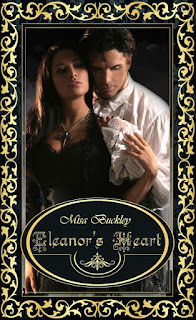 Dying of a rare blood disease, Eleanor Franklin needs laudanum to ease the pain, often driven to steal in order to buy more. But when she steals a ruby she has no idea that the gem will tip her into the midst of a deadly species war.

Saved by Jefferson Park, she discovers a man with an even darker past than her own—he is one of the last true Vampires fighting to stop the eradication of his kind.
But the Sanguine aren't the only problem as Eleanor finds herself falling in love with Jefferson. It is a relationship she cannot commit to, as she knows her time is limited, and she will not risk breaking his heart.

Find out more about Misa on her blog.