Today we are welcoming one of the owners of Love Lust and Lipstick Stains, Krystal Brookes, to the floor to answer some probing questions. So here goes:

What’s your name and where do you come from?
My name is Krystal Brookes and I come from the West coast of Scotland

Tell us a bit about your latest release.
Highland Beauty is the fourth book in the Kilrigh Heat Series, though all the books can be read as individual titles. It's the story of Sadie, the youngest of the MacNeil clan. She has a secret that has caused her to have terrible body image issues and she has broken up with the man she loves as a result.  She doesn't bank on him following her back to the tiny island of Kilrigh and rekindling their romance.

Where do you get your inspiration from? I take it from all around. The internet, the TV, books.  I 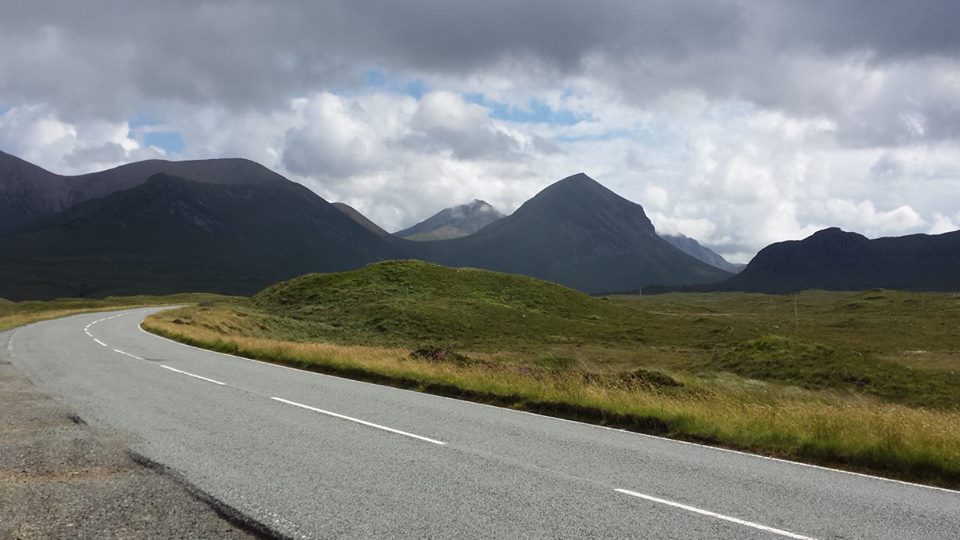 was recently up on the Isle of Skye and it helped me work through some problems in a book I'm currently writing. The scenery was magnificent. If a view of the Cuillin mountains partly bathed in sunshine doesn't bring out the poet or lyricist in you, nothing will.

How do you go about creating the perfect "Swoon" worthy man?
I think my men are often thought of as being a bit nice.  I don't like Alpha males particularly. Give me Mark Darcy over Daniel Cleaver any time. But I digress. I suppose they have a bit of every swoon worthy man I've ever seen, especially on TV.

What’s your biggest turn on?
Intelligence. And also a man with some musical ability.  I used to date a guy who was tone deaf and I loved him, but he embarrassed the hell out of me when he sang loudly in church. Sadly he took the quote "Make a joyful noise unto the Lord," literally.

How do you decide how hot or not your book is going to be?
I don't.  it juts happens.  I let the characters dictate. Though occasionally I'm evil and make them wait until a more appropriate time or place.

Is the stuff you write about from experience or mostly imagination?
It kind of depends.  Some of the issues dealt with in Highland Beauty have come from my own experience.  Most women in the western world have some body issues and depression and self harm have affected most of us in some way, whether it has affected our own person or someone close to us.

What’s your idea of a perfect romantic evening?
Dinner then a walk along the beach.

What do you do to get in the mood for writing love scenes? Candles, music etc?
I try to get people to word war/ sprint with me.  I am a real procrastinator and I do tend to procrastinate about the love scenes as I always think they sound lame. So I need the push just to make me do it.

Tell us something that might surprise our readers.
Although I am known to be somewhat a geek, I have never seen Star Wars or Lord of the Rings.


Here is the blurb for Highland Beauty 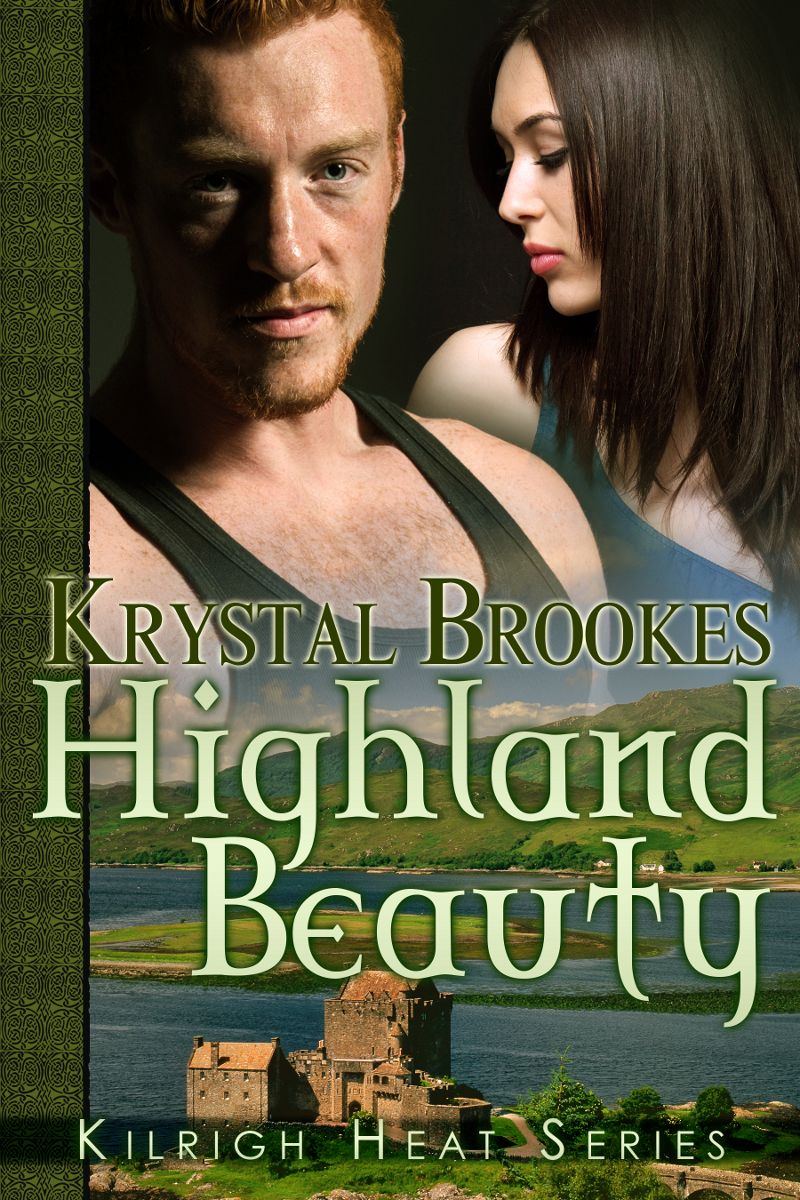 Everyone knows about Sadie MacNeil’s secret apart from her ex-boyfriend, Calum. It was her secret that drove them apart.  Having decided that the single life was the best thing for her, Sadie has returned to Kilrigh to begin again. She doesn’t bank on Calum following her up to the small Hebridean island.
Try as she may, Sadie can’t convince either Calum or herself that she’s over him. She begins to find ways to continue their relationship while keeping her secret—ways that require her to be inventive in the bedroom.  But will the consequences of an irresponsible night on the beach be the thing that pulls them together or destroys their relationship forever?


Excerpt
Sadie sat down on her bed and opened one of her suitcases. It contained some brand new nurse’s uniforms still in their cellophane wrappers. She had been so lucky to get this position on Kilrigh. She would be district nurse, midwife, and health visitor all rolled into one. She would also help out at the cottage hospital when necessary.

She placed the tunics and trousers in the middle drawer, along with her fob watch, stethoscope, torch, and name badge. Then she threw ten pairs of black socks in beside them. She might as well keep all her work stuff together.

Next was her underwear. She set about arranging her everyday cotton underwear in one part of the top drawer and her sexy, lace, going-out underwear in the other part. Not that anyone would ever see the sexy underwear, but it made her feel good.

She lifted a few bras and saw the photo frame lying face down among the rest of her clothes. She dropped the bras and lifted the frame, turning it over and sucking in her breath. God, she loved him so much. It had broken her heart to leave him.

She ran her finger over the picture of Calum as tears welled up and pain seemed to stab her chest. The photo had been taken on Hogmanay. He’d been wearing a full kilt outfit, and she’d been wearing a slinky dark red cocktail dress.

Then they’d had that horrible fight when they had returned to her flat. She had a number of rooms in the large mansion house, and he’d shared the flat with her over the two weeks they had stayed in Kilrigh over Christmas and New Year. He’d held her in his arms and kissed her. A toe-curling, knicker-soaking, intense, lust-filled kiss that made her clench her thigh muscles at the memory. He’d pulled her breast out from the strapless dress she’d worn and sucked it, tenderly biting the protruding bud before easing the slight sting he had inflicted with a flick of his tongue. She’d pushed him onto the bed, removed his sporran and kilt pin, pulled apart the two layers of tartan wool, and sucked him off.

He had obviously enjoyed it, tugging on her hair and growling her name as he had thrust into her mouth. She had needed to give him pleasure this way because she could not let him see her naked.
He’d released with a shout of her name, his hot, salty cum hitting the back of her throat. She had swallowed his seed with relish and licked him clean as he had writhed under her. Then he had lain there, watching her as she got up and retrieved her night attire. It was a one-piece zebra-print jumpsuit, known as a “onesie.” They were all the rage among teenagers but weren’t the sexiest of garments. She always slept on her front to stop him from gaining access to the popper studs which fastened the garments.

“What the fuck are you hiding, Sadie?”

“Oh come on! You just sucked me off like a pro. There is nothing shy about you. Why won’t you trust me?”

“Maybe I want to remain a virgin until marriage.”

“Are you a virgin?” He had looked dubious.

“Kind of? Oh Sadie, you’re a qualified midwife. You know fine you can’t be ‘kind of a virgin.’”

“They say after a certain amount of time, you’re a born-again virgin.”

“Aye. After seven years. You’re twenty-five now. You’re not trying to tell me you’ve not had sex since you were eighteen.”

“Seventeen, actually.” Her voice had been barely a whisper. He had gaped at her.

“My God, it must have been pretty bad to put you off for this long.”

“Then I don’t understand.”

“It’s simple, Calum. I’m not having sex with you. If you don’t like it, then you know where the spare room is. I’m afraid there’s no ferry in the morning because it’s New Year’s Day, but you can leave early on the second.”

They had argued round in circles after that, and he had retired to her guest bedroom, promising he would get to the bottom of her reluctance.

They had tried to put together the pieces of their relationship over the last few months, but her refusal to have sex and unwillingness to explain why had caused a permanent rift. When the position as district nurse and midwife became vacant on Kilrigh, she jumped at the chance to move out of their Glasgow flat and back home. Calum would have to stay in Glasgow because he had a job as an architect for a big firm in the city.

She missed him already. Should she put his picture up and torture herself further or should it be put in her memory box under the bed?

Highland Beauty can be bought at Amazon US