Please welcome Nicole to our blog today as she talks about her latest release and what inspires her.


What’s your name and where do you come from?
Nicole Hurley-Moore
I come from a semi rural town in the Central Highlands, Victoria, Australia.
Tell us a bit about your latest release.
Dancing on Air is a Victorian period romance set in the world of ballet. It’s being described as Cinderella meets Swan Lake.
Where do you get your inspiration from?
For Dancing on Air, I was inspired by old theatres and ballet. My mother was a dancer and when I was young I grew up around theatres. I used to love the way they sounded, looked and smelt. Old theatres can be beautiful and filled with magic but sometimes they can be scary too.
Do you have a favourite character from your books? Why are they your favourite?
I do... that’s wrong isn’t it? I love all my heroes but I’ve got one in my head and I can’t get him out. He’s a secondary character from a story I half wrote years ago. I can’t seem to forget Armand, so I suppose I had better dig him out, polish him up and give him his own story.
What’s the most romantic thing anyone has ever done for you?


I think that the fact my husband still brings me flowers after 24 years is pretty romantic however I do have story about an odd ‘Random Romantic Act’ -
I was once chased down the street by a stranger who just wanted to give me a bunch of flowers. He never gave me his name or number or a pick up line, just a bouquet.
What do you do to unwind and relax?
Read, walk, cook and watch movies (especially the ones with exploding heads)
What’s your greatest weakness?
Jewellery
Is the stuff you write about from experience or mostly imagination?
As my stories are all historic I use research and imagination. Although with the ones set in England, I was lucky enough to have lived there for a year. 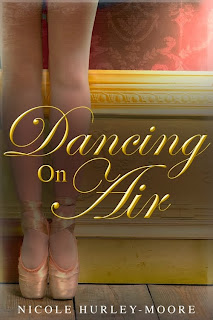 Cinderella meets Swan Lake in this Victorian-era set story about a ballet dancer, an aristocrat ,and their class-crossing romance...Lisette yearns for freedom, security and love, but none are offered on the run-down stage of The Imperial Theatre. Instead she has hard work, a tyrannical aunt, and the hope of one day becoming a prima ballerina. Dancing on the stage she catches the attention of two powerful men: Lord Gainsworth and Lord De Vale. Lord Evander Gainswith never expected to fall in love, let alone with a woman so wholly unacceptable to his family and his peers. The sinister Lord De Vale covets Lisette's youth and strength, and is willing to pay well for it. Lisette may dance roles in fairy tales and fantasies, but the real world is about to intrude, bringing with it the harsh realities of life for a young girl with dreams of rising above the demimonde.