Rebecca lay still and waited for the sound of the footsteps to fade and disappear—terrified that he may change his mind and return to the bedchamber for more. Her heart thudded and her laboured breathing caused her throat to ache.

Her mind refused to take in what had just happened. It could not be possible.
When silence had reigned for at least five minutes, she dared to draw in a heaving breath. Unfortunately, only her lungs seemed to function. Her limbs were uncooperative and lax, making her feel like a washed out old rag doll.

But she could not simply lie here, waiting for him to come back—or worse still, for some maid to find her.

Willing herself to be strong—to survive—she summoned every ounce of strength and pulled herself into a sitting position, before surveying the room. Thick, red, velvet drapes framed the window, while maroon walls made the room look austere and disreputable. More red velvet hung from the frame of the four-poster bed further darkening the bed on which she sat.

A memory came to her unbidden. She was dancing at her come out ball six years previously. A rather dashing young man, Lord John Winchester had been her partner and she had flirted and smiled coyly at him as they weaved through the intricate figures of the dance. Her white satin gown, decorated with tiny jewels and lace around the neckline and cuffs had been her pride and joy—unlike the white muslin day dress she now wore, which would be placed in the fire at the first opportunity.

She had been so full of hope then—excited about what the future held. She could never have imagined it would be this.

Taking a deep breath and swallowing the tears that threatened, she lifted her gown, opened her legs and inspected the damage. A mixture of blood and his white fluid was beginning to dry on her milky skin—stark proof of her ruination.

The memory of the pain as he thrust into her, bursting through her maidenhead and riding her until he grunted and slumped on top of her with a satisfied grin, made her head spin. If fainting were an option at that moment, Rebecca would have succumbed willingly to the blackness.

She pushed her breasts back inside her chemise, stays and gown, ignoring the pain, the teeth marks and the discomfort of not having her undergarments put on properly by her maid. Thank heavens he had not ripped the gown as he man-handled her.

An image of Betty, her maid, tutting and grumbling as she took another gown below for mending flashed through her head.  If only a ripped dress was her biggest problem now. She opened her thighs again, grimacing at the stains on her chemise and underskirt and the wetness between her thighs.  Struggling onto wobbly feet, she held fast to the mahogany post of the bed, as wooziness engulfed her. As she closed her eyes, trying to centre herself, she became aware of the offensive moisture running down the inside of her leg, no doubt ruining her stockings too.

She staggered through the door that led into the countess’s dressing room and located the entrance to the bathroom. Finding a towel, and lifting her skirts, she scrubbed the soft linen up her legs, between her thighs and to her bruised and painful private area. She wanted to rid herself of his scent, his seed and every hideous memory that he had left with her. But self-preservation was more important.  She must get out of Newthorpe House and back to the safety of her own home and family.

Daniel, Lord Ramsey, stood in the hallway and tugged at his cravat.  He had told his valet, Jones, not to tie the thing so damned tight. But Jones simply muttered something about not being able to look the other servants in the eye if his master’s cravat came undone at breakfast and continued to throttle him. Now Daniel wished he had been more insistent.

He had a horrible feeling that he knew what his father wanted and was not going to like it. He liked his life as it was—attending gentlemen’s clubs, racing curricles, visiting his current paramour, hunting when up at Drumbane  estate in Scotland—and while he did not mind the responsibility of running an estate, he did not want a wife just yet. His fortieth year would be time enough. He would still be rich—which was the only thing in which most young ladies of the Ton were interested—and he hoped to look more distinguished with a smattering of grey through his thick black hair.

But he should not keep his father waiting. The old man was likely to be in an even worse temper if Daniel did not appear promptly. Taking one last deep breath for courage, he nodded to the footman, who opened the door to allow him entry to the library.

The large room was filled with dusty tomes that had not been opened in years and the desk sat neglected. His father’s steward dealt with most of the estate business. Every year, Daniel tried to get the elderly earl to relinquish the reins and allow him to run certain aspects of the estate. But his father would just grunt at the suggestion and nothing ever changed. Not that it stopped Daniel from visiting the tenants and taking an interest in the estate when he did visit the family’s principal seat. The steward, knowing that Daniel would eventually be responsible for the land and property was very accommodating. But he had no opportunity to make real decisions.

He had not seen his father, the Earl of Drumbane for a few days. His rounds of social activities meant that he only slept and ate breakfast at Drumbane House. The rest of the time he visited his clubs, attended social gatherings or spent time with the delectable Dowager Duchess of Wilmslow, a young widowed lady with whom he was intimately acquainted.

A sudden image of the raven-haired beauty, lying on her bed that morning, creamy breasts exposed and dark pink lips pouting, warmed the inside of his pantaloons. Had his father not summoned him to this meeting, he would have thrown off his clothes and returned to her bed to tumble the sexy wench again.

The old Earl looked gaunt and pale and the sight stopped Daniel in his tracks. It was hard to reconcile that the ailing elderly man had once been a young, fit man who taught him to ride a horse, shoot a pistol and swim. Despite his duties to the tenants, to his station in life and to Daniel’s late mother, the Earl of Drumbane had been a doting father to his two sons and one daughter. Now he lifted his quizzing glass to Daniel and frowned.

“Sit!” he barked out—proving that he may look frail but was no fool. Daniel sat on the armchair on the opposite side of the fireplace to where his father sat. “Now, I am sure you know why I summoned you here.”

“I want to speak to you about your matrimonial state. What age are you now?”

Suppressing a sigh, Daniel looked directly at his father. He was right. His dear papa wanted him to get a damned leg-shackle, an heir and a spare.

“I will be four and thirty years old in May.”

“And you have still not married and set up your nursery.”

“Well it is high time that you did.” The Earl waved a sheaf of folded paper that he had extracted from the side of his chair. “I’m dying, as you well know, and I need to go to my grave with the certainty that at least you are on your way to creating an heir. It is no secret that your brother will spend his life carousing certain notorious gaming hells and will never marry.”

He raised an eyebrow. Yes, he was aware that his younger brother Simon preferred men to women but only now realised that his father was also. Not that he would ever admit it beyond these four walls. Heaven forbid. He had no wish to see Simon languishing in prison for that particular crime.

He understood his father’s point of view and determination to see him married. If Daniel should be killed in a curricle race or die of some fatal malady, the title would be passed first to Simon who would definitely never have an heir and then to his cousin Boris, who had even worse morals than Daniel did. By Daniel’s count, Boris had got three maids in the family way and refused to support any of them and their bastards. But, having seen the estate accounts, he knew that the Earl of Drumbane financed those children from his own pocket—something Daniel intended to carry on after his father’s death. With wealth and power came responsibility and he would never see a child starve because his inept cousin would not shoulder his responsibilities, or keep his sword in its sheath.

“I want to see you settled before I die. You are an honourable man, so I have changed my will. You will receive only enough money to keep the estates running and the personal wealth that would have come to you will be willed to your siblings. You would not starve the tenants of our land, therefore, in order for you to live in comfort, you must be married before I die.”

“Before I die, Daniel.” With that, the elder gentleman closed his eyes. Obviously the conversation was now at an end. Daniel sat for a few moments, before collecting himself and leaving the room.

His father was right of course. Daniel would starve before he would allow the tenants to go without. He may have few scruples when it came to bedding beautiful young widows but he would not see the poor become even more impoverished so he could live the life of a rakehell in London.

He sighed inwardly. There was no point in trying to escape the inevitable, he supposed. He determined to visit Mrs Wilmslow later than evening and explain that he must now apply himself to the task of finding a wife on the marriage mart and could no longer pay her evening visits. It was a shame. He liked Marie Wilmslow and she was a generous and exciting lover. He was going to have to content himself with a simpering fair maiden who would be afraid of tangling her newly brushed hair in bed—someone merely doing her duty as his countess. 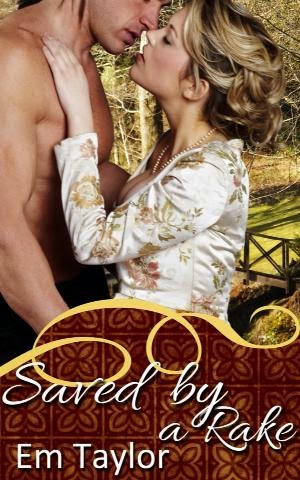 When Lady Rebecca Eversley is left ravished by the Earl of Newthorpe and facing ruination, she has the choice to point her pretty little nose in the air and face the gossips of the Ton or scurry off to the country to live out her life as an old maid. When she meets Lord Daniel Ramsey, a notorious rake, she decides on the former course of action.

Daniel has been given an ultimatum, marry before his father dies or lose the majority of his inheritance money. Rebecca seems the perfect candidate, especially once rumours about her start to circulate in the drawing rooms of Mayfair.

When Newthorpe is found dead on the morning of their wedding, the people they care about find themselves suspects in the case. Who murdered Newthorpe and can Rebecca ever get over what he did to her?