Thanks to Eden for this week's hot hump day excerpt! Enjoy!
Excerpt
Her mouth dropped open. “I’m sorry, Daniel, what?”
He frowned at her as he felt the muscle directly under his eye start ticking again. “Ryuu.
Just drop it, princess, alright? I told you I don’t know how to do this mate--”
Before he could finish the words, she’d leapt at him, winding her arms around his neck. She buried her face in his throat. “You’re good, Daniel.” When she locked her legs around his waist, he was sure the woman was trying to burrow into him. He had to grit his teeth against the intense pleasure at the thought. Then she sniffled, and he felt his head explode. “You’re really good at this.”
He let out a frustrated sound. She was trying to drive him mental on purpose. He knew it.
“Then why the hell are you crying?” he demanded.
The damn woman only hugged him tighter for a long moment, until she finally pulled back. She lifted her head, her eyes meeting his for the barest heartbeat before she moved in, fusing her mouth to his.
Daniel staggered back a step as he felt the low, savage growl form in his chest as every muscle in his body tightened. There was nothing he could do about it. He wanted her--every bone in his body ached with the need to possess her again. Confused or not, he wasn’t about to fuck this up. He dragged her closer as his mouth ravaged hers. He backed her into the vanity and hitched her up onto it. He didn’t care that the other dragons were still in the cave. He didn’t care she had every reason to want nothing to do with him. The only thing he gave a shit about was the feeling of his mate as she made the soft, wild sound in the back of her throat that drove him to madness, diving into him with the same desperation he felt.
He knew he should be taking his time with her. He meant to, but his soul felt its mate and there would be no denying it now. The mark over his heart burned, flaring bright, waiting for hers to echo it. As it did, as he felt himself finally become whole again, his mouth dragged over her throat, desperate for the taste of her skin, his hands frantic as he tugged at the thin fabric of her a tank top.
He didn’t know how they got out of the rest of their clothes. He lost all rational thought the second he saw her naked skin. He kicked the bathroom door shut as he tugged her head back and forced her to look at him as he drove into her with one swift, powerful thrust.
When she bowed back with a scream, her legs tightening around his waist, his selfcontrol simply failed. His sanity was gone. All that existed was Shelby. His Shelby. His mate.
He slammed his palms down on the counter, caging her in as she bowed up, meeting the desperation in him head on. Pleasure roared up his spine like a freight train, screaming for release. Eleven months was too fucking long without her, without this.
He pounded into her harder, faster, driving them both over the edge, straight into oblivion. Her body arched back as her orgasm exploded inside of her. The sight of her letting go so completely for him was all he could take. His head fell back on a roar as he gave in, the pleasure erupting inside of him as everything in the entire world went black, fading from existence.
Except for his Shelby.
~~~~~~~~~~~~~~~~~~~~~ 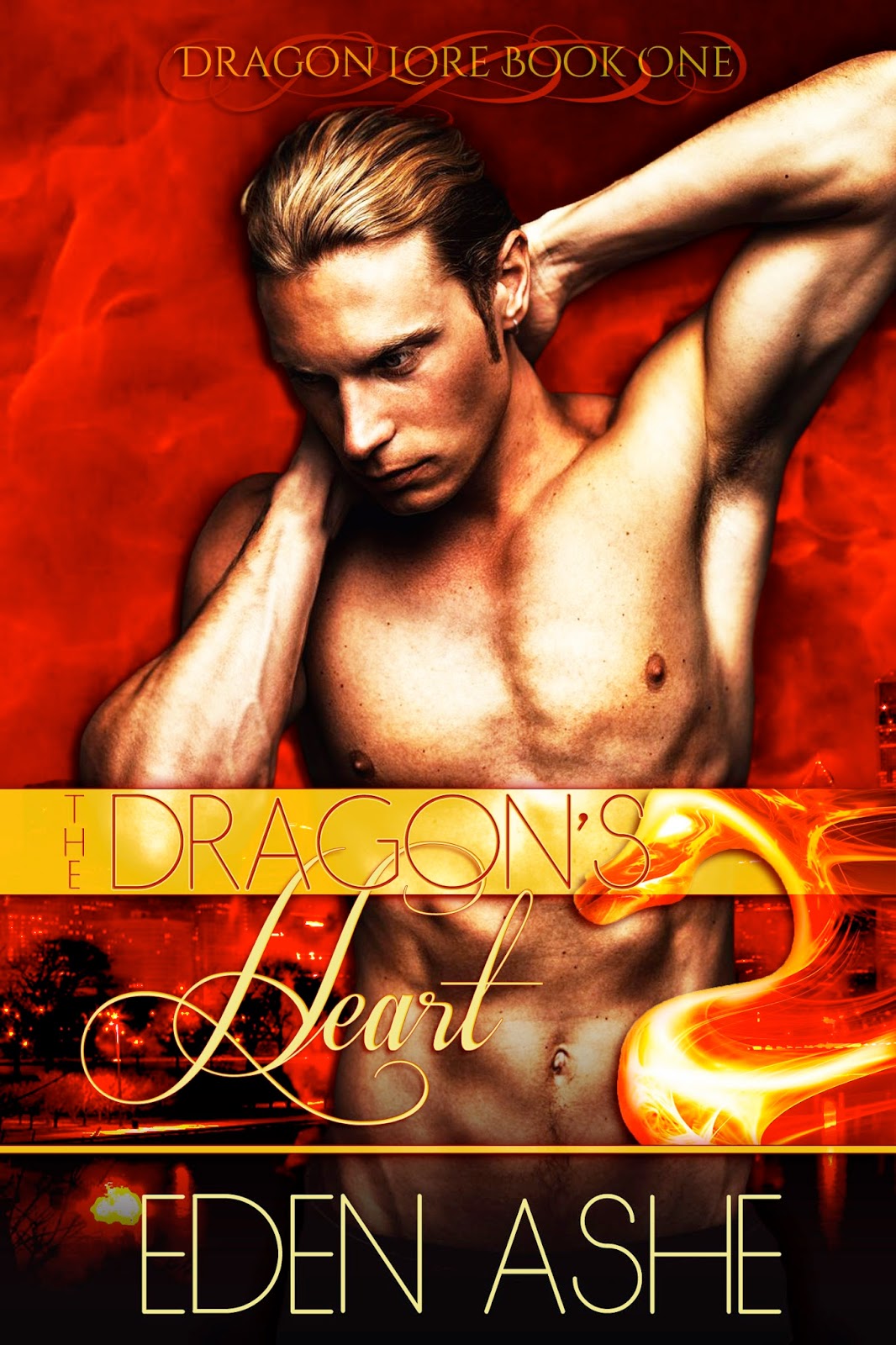 “We’re dragons. We don’t do the mushy friend thing.” - DanielThe dragon-shifter king will do anything to keep his mate alive…even if it means war.After millennia as king of the dragon-shifters, Daniel Ashborne wants a little peace and quiet, especially from the beautiful Hollywood starlet who haunts his memories. His escape tactics end abruptly when he is called to the ER to save the one woman he wants to forget, but who now bears his mark.Shelby Kincade’s life and movie career were nearly destroyed when Daniel vanished a year ago. Now he’s back, claiming they have been accidentally mated. Getting over him once was hard enough, but she must choose either the life of her dreams or the man she can’t live without.With peace finally on the horizon between the dragon-shifters and the Hunters, an assassination attempt on the dragon king and his mate shatters everything. Tensions rebuild as Daniel and his loyal team of shifters try to discover who put out the hit. Enemy and ally lines are crossed, but in the end--after the battle ash has settled--no one could have foreseen who has plotted for their own gain.CONTENT WARNING: Graphic fight scenes, lots of great sex, and hot, hot, hot dragon men.60,000 WordsPurchase from Amazon