“Anna, I cannot do this again. Last night was wonderful but I cannot resist you a second, no, a third time.” She felt so good, even if she was rubbing freezing cold feet up and down his calves.
“There are things that we can do that remove the chance of me getting with child. Things that bring you pleasure. I am no virginal maiden, James. I know how to please a man.”
Good God, he was no virginal gentleman and knew exactly what kind of act she meant. The kind of act a man would have a courtesan perform on him. She was a duke’s daughter. She should not be demeaning herself for his pleasure. He was about to protest when warm fingers wrapped around his turgid length, and a growl forced itself from his throat.
“Please Anna, no!” he rasped unconvincingly. She let go, slowly, trailing her fingers across his hip and he already regretted saying no.
“Remove your nightshirt,” she said, as if her request was completely respectable. Then she sat up and pulled her chemise over her head and threw it onto the floor at the side of the bed. She turned and his gaze moved straight to her breasts, full with large pink nipples. His palms itched to cup them and his erection pulsed at his need to suck them. “James,” she said as she tugged on the hem of his shirt. He lifted his hips and allowed her to remove it and throw it off the other side of the bed. Then she pressed him back against the pillows and climbed onto him, straddling him. His breath quickened as skin touched skin. He placed his hands on her waist, afraid of what he might do if he touched her breasts or pressed a finger over her core.
She moved above him, brushed her nipple over his mouth and gasped as he caught the nub between his teeth and worried it with the tip of his tongue. Anna threw her head back and moaned his name, pushing need straight to his groin. Sucking gently on the tip of her breast and swirling his tongue, he held her hips in his large hands as she thrust against his stomach. His own desire grew as he moved from one breast to the other, roaming his hands over her satin-soft flesh.
Nothing mattered except Anna. When her nipple popped out of his mouth, she leaned over and placed a delicate kiss on his lips. As he opened his mouth to deepen the kiss she moved. His breath hitched while she placed delicate kisses along his collar bone and down his breast bone. Every peck increased the tension as her body moved down his, ahead of her luscious, wet lips—her breasts now dragging against his aching erection.


She caught his gaze and held it as she curled her fingers around his length, opened her lips and sucked him into her mouth. James groaned and surrendered himself to her touch.

Blurb
When Lord James Eversley is accused of a murder he did not commit, he dresses up as his new brother-in-law’s footman and hitches a ride in their carriage out of town. When it seems they are no longer being followed he begins to relax until a minor accident causes them to stop at a shabby looking inn. As his “master” and his sister sip tea in the scruffy parlour, James comes face to face with Lady Anna, the woman who left him in the dead of night five years before and a familiar looking child. 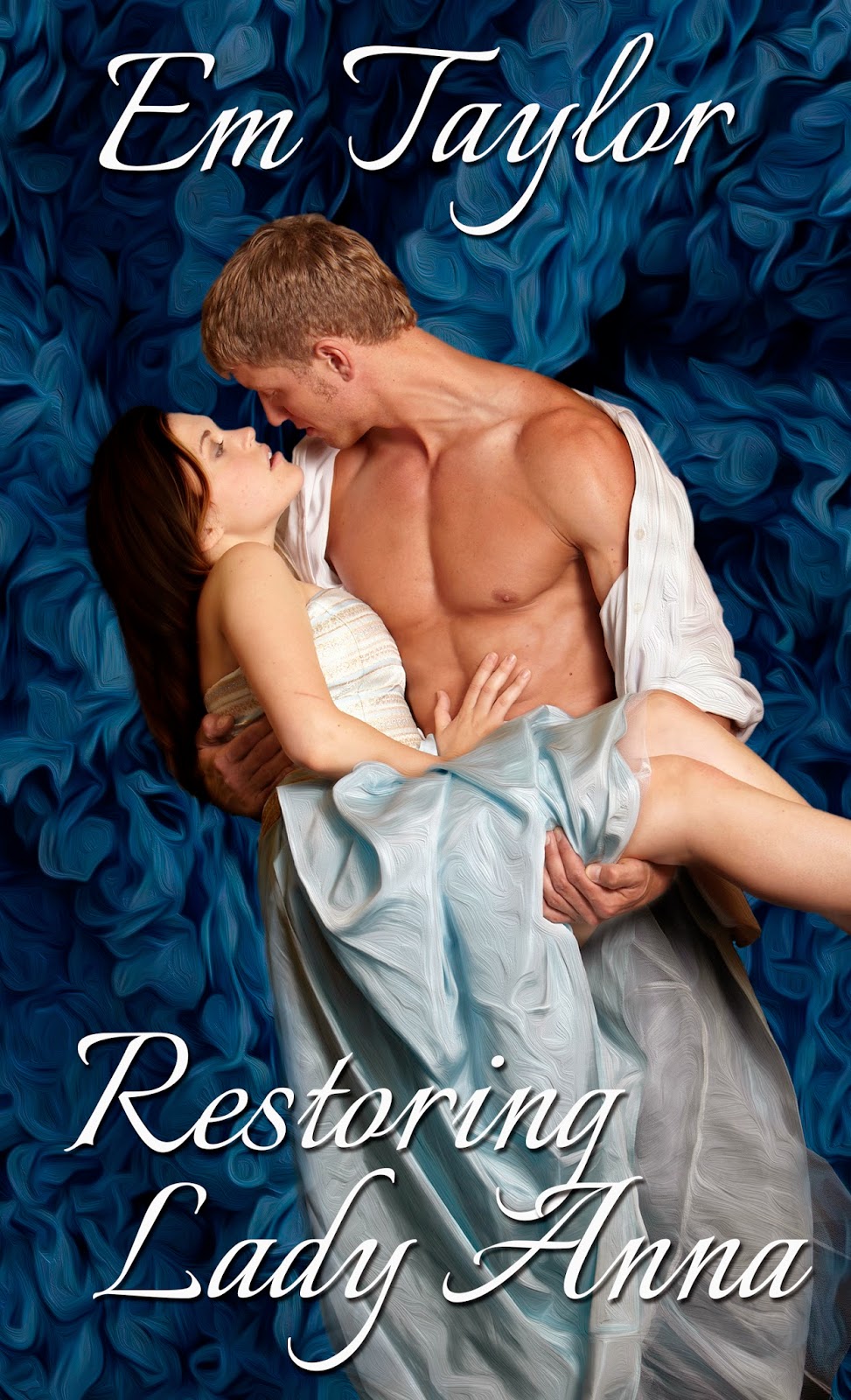 Lady Anna has accepted her life as Mrs Johnstone, mother of four-year-old Viola, “wife” of Peter, the mentally ill former footman and land lady of a shabby inn on the Great North Road. Her plans for a love match with the handsome Lord Eversley were cruelly snatched away from her five years before. Her ruination means there is no opportunity to return to her family or the ton. When James turns up, dressed as a footman and demanding answers, Anna must decide whether to tell the truth.
James never stopped loving Anna and now he must learn what happened that fateful night that Anna left him heartbroken. With the truth out in the open, he must convince the love of his life to take a chance on him. He wants to marry her and restore her reputation among the aristocracy. But in Regency England reputations are easily lost and difficult to regain. Can Anna trust James enough to do what is right for Peter, despite his actions, her child and most importantly himself? Can James convince Anna to seek the help that Peter needs and return to the ton?