Anne Conley's latest Story of Serendipity is finally here!  If you're into contemporary romance with a big hearts in small towns, then try this one out! 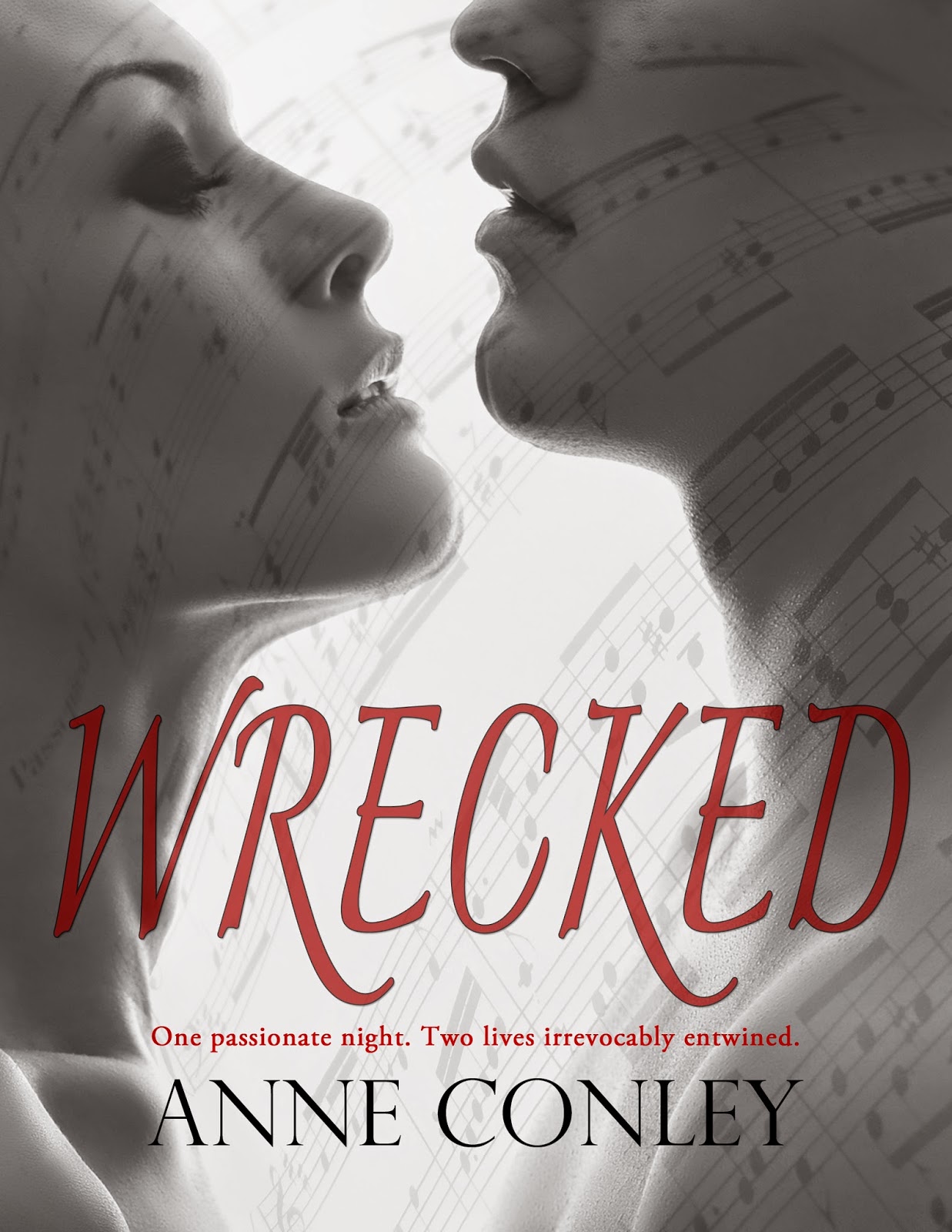 Here's the blurb:
Welcome to Serendipity, Texas, where the days are hot and the nights are steamy. Meet real people with real problems, as they live life and find love in a small town.
One moment of distraction, and Renae causes Jason to wreck his motorcycle, setting into motion a love affair that could be her undoing.
She has big plans for her empty nest, but one night of passion changes everything. He's perfect. Too perfect, but her own stupidity entwines their lives together forever. What if she finds out he's gassy, doesn’t like kittens, has a terminal illness, or…hates babies?
Jason is just visiting his dad in Serendipity, not staying. But his plans change when things with his dad are worse than he thought. Renae is a pleasant distraction, and the more he gets to know her, the more she becomes another reason to stay.
When their lives entwine, they both have choices to make, hurts to get over, and ideals to let go of. Is it possible for them to do it, in order to get their happily ever after? Or will things be wrecked?

And a teaser or two: 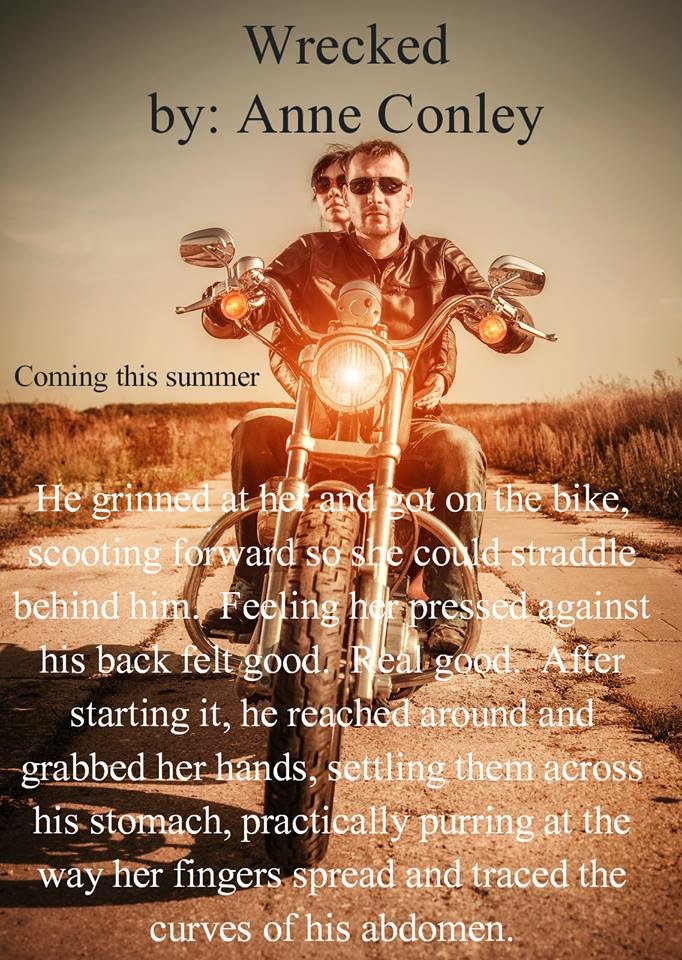 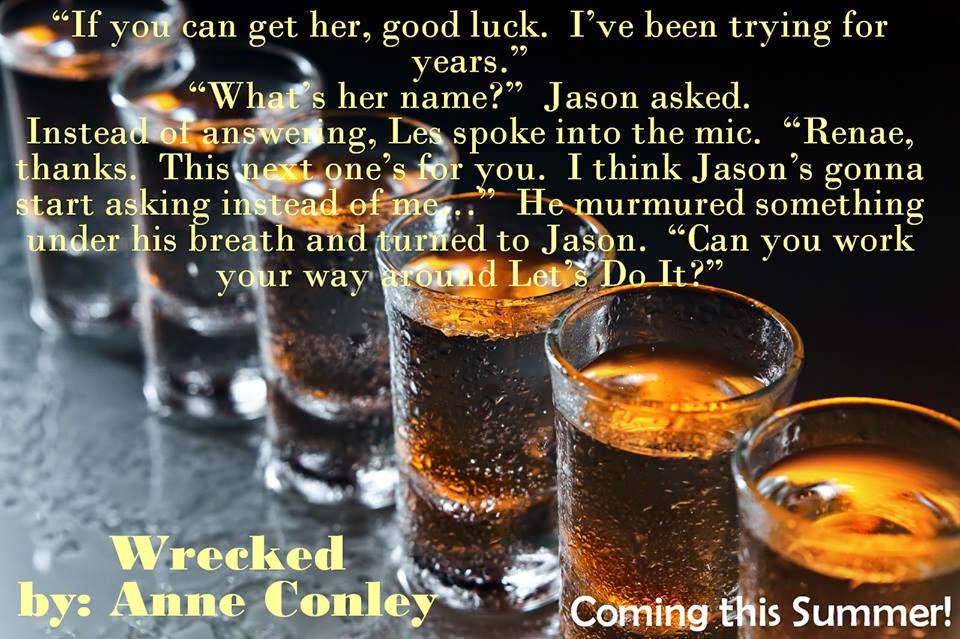 “Do you still want to come to my room?”

“Why?”  Her eyes were guarded, but she sounded more curious than defensive.

Treading carefully, “I just want to spend more time with you, Renae.  We can talk, or we can do other stuff, whatever you want.  I don’t want tonight to end.  Not yet.”  He meant every word.  Jason was almost desperate to have her with him longer tonight.  He couldn’t explain it, but something about this woman was calling to him, to be with her, in whatever way she would allow.

The corners of her mouth turned up slightly, and a twinkle lit her eye.  “What sorts of other stuff?”

His eyes fell on her bare shoulder, noticing the expanse of smooth skin where her shoulder met her neck.  The top she wore was modest, classy, yet her bare shoulders showed off enough velvety flesh to hint at what lay beneath.  His knuckles slowly stroked her collar bone, relishing the feel of downy, glossy skin.

“Whatever you want.  Whatever you’re comfortable with.  Whatever makes you feel good.”  He watched her carefully, while he moved slowly.  She swallowed and took a deep breath before nodding.

“I want sex.”  His cock twitched in response to the words.

“Are you drunk?”  He didn’t want this to be a mistake on her part.

Jason’s heart beat wildly.  “My room’s right there,” he pointed to the row of rooms in front of the minivan.  She nodded.  “Stay here.”  He got out of the van and walked around to the other side to open her door.  She stepped into his arms, and he tasted her lips again.

Renae opened up to him eagerly as he hauled her against his body.  Something felt right to Jason when he kissed her.  He could imagine all the world’s evils dying off, all the petty arguments resolved, nothing would bother him again, not with this kiss.

Her fingers trembled against him as they wound around his neck and tangled in his hair, pulling gently.  The stinging tingles sent tremors of need surging through his body.  Their tongues entwined, and he could taste remnants of the sour sweetness of her margaritas, but it was overpowered by a taste that was purely Renae.

He pulled back and led her by the hand to room 153, slid the card into the slot and opened the door.  Renae walked inside hesitantly at first, and turned to him, her cheeks flushed red, eyes glassy with desire.  He took her in his arms again, unwilling to let her go.

“Are you sure?”  God, he wanted this, and didn’t want her to regret it.  His conscience was saying it was a mistake to start a relationship this way, but the devil inside told him this was what she wanted.

She nodded, and his mouth crashed down on hers, trying to wipe the fear from her eyes, as he pushed her body against the wall to the bathroom.  Their tongues fused in a sultry dance, and Jason was struck with a need to be her everything.  Suddenly, with Renae in his arms, open and trusting, he realized what life was all about.  He wanted to spend more time with her, making her feel, erasing all her fears.

But first, he was going to make her explode.


Grab your copy now, at Amazon, Barnes and Noble, or Smashwords.  Kobo is still processing it, so I don't have a link for them, yet. Spread the word, and ENJOY!