Ema eased out of Gabriel’s arms to face him. That same seductive tone she was powerless to resist washed over her like rich, dark chocolate, leaving her heart thundering. Hot liquid pooled in the crotch of her panties. “Like this?” She slid the buttons of her top out of their hold again and slipped the material first off one shoulder then the next before losing the material altogether.
She cupped her breasts, letting her nipples slip between her fingers. A groan rattled deep within Gabe’s throat, giving her the courage to continue.
“Let me see them.” He moved into her space to peel her hands away. If he kept looking at her with such fervor, she’d be lost.
“God, I’ve missed you. I’ve dreamed about having you again. Just like this.”
“You’ve dreamed of me, Gabriel?” His gaze simmered with a deeper passion than she’d seen before. From his kneeling position looking up at her, Ema saw the full force of the fire set deep in his eyes. The blaze burned hotter with each encounter, pulling her closer to the warmth he offered.
“You know I have, precious. The proof is right here.” He guided her hand to stroke the ridge of his cock through his pants. Impressive in every way.
With his forefingers and thumb, Gabe pinched both her nipples, forcing a moan from her. “I’m going to suck those delicate berries into my mouth and make you come for me. First, I want to see the rest of you.”
He skimmed his fingers along her sensitive sides then worked his way toward the front clasp of her skirt. Shudders of anticipation raked through her. With the slightest touch, he had her wanting more than she could ever have. A family. A man to love her body and soul. She had to stop, pull back on her runaway emotions constantly edging her closer to him.
In a flick, he released the final barrier. “Baby, I need you. We’re both in danger of me combusting right now if I don’t get you wrapped around my length soon.”
Dios, he was going to be the death of her. She shouldn’t be here, but he looked at her with such intensity, as if she was his soul reason for breathing, and there was no way she could resist his allure much longer. 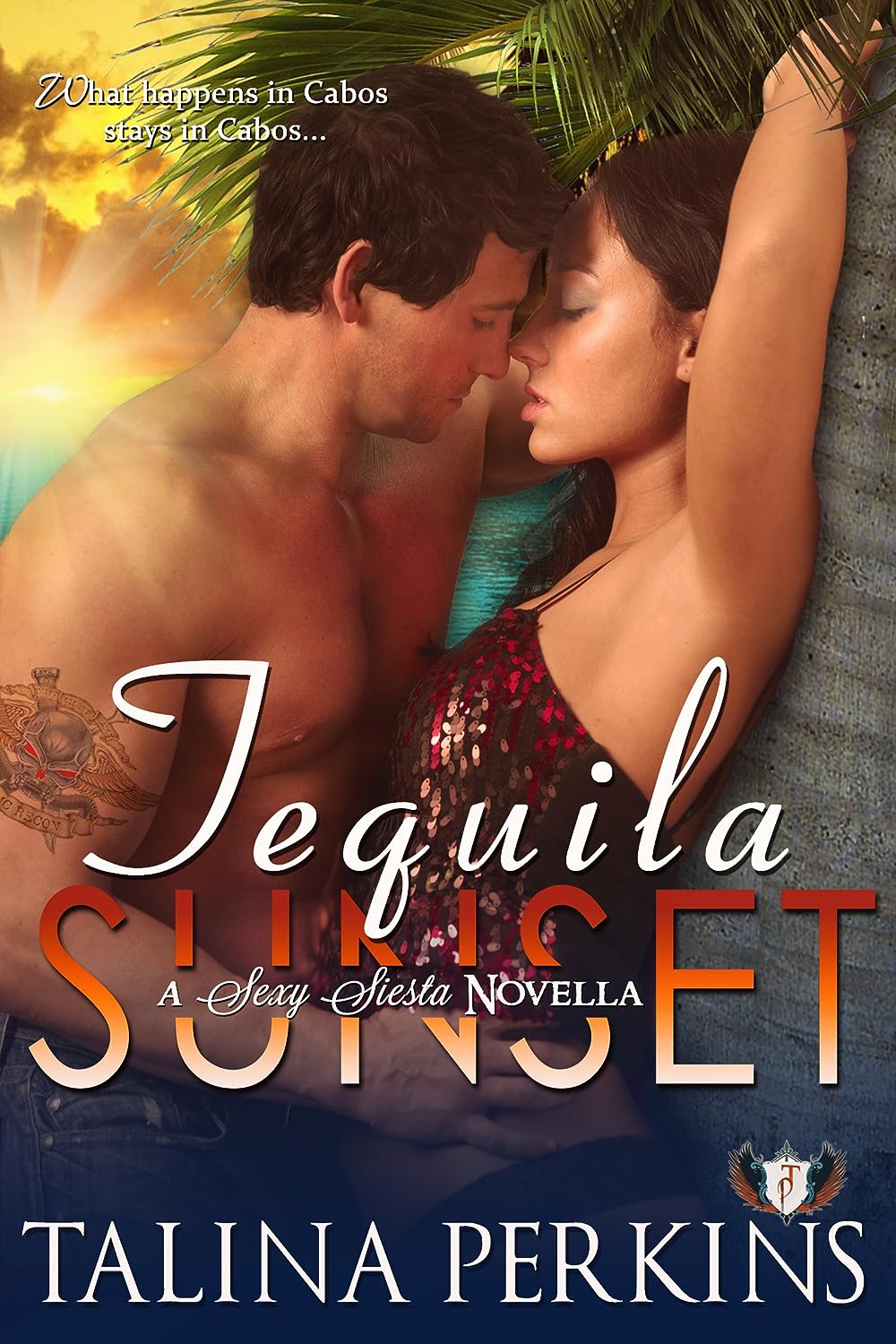 What happens in Cabos stays in Cabos… Lieutenant Gabriel Daniels is through waiting. Celebrating the wedding of his best friend, he’s determined to win the heart of one stubborn sexy Latina. He’s ready to throw down until she sees things his way. But when danger arises and threatens to take her away from him, he’ll stop at nothing to secure her safety first. Even if it means going toe to toe with a Mexican drug lord to prove the power of his love. No one understands heartache like Esmeralda Vega. Losing her father to war and her mother to alcoholism, Esmeralda doesn’t believe in opening her heart to love. Left alone to raise her sister and carry on the family business, Esmeralda is faced with losing everything if she doesn’t find an investor, and soon. When opportunity knocks, she answers, unwittingly opening negotiations with a wanted drug lord. A night of drinks and celebrating quickly turns deadly, forcing her to accept more than she bargained for. Can Gabriel rescue Esmeralda from the clutches of evil and convince her a US Marine is just right for her in only one night?