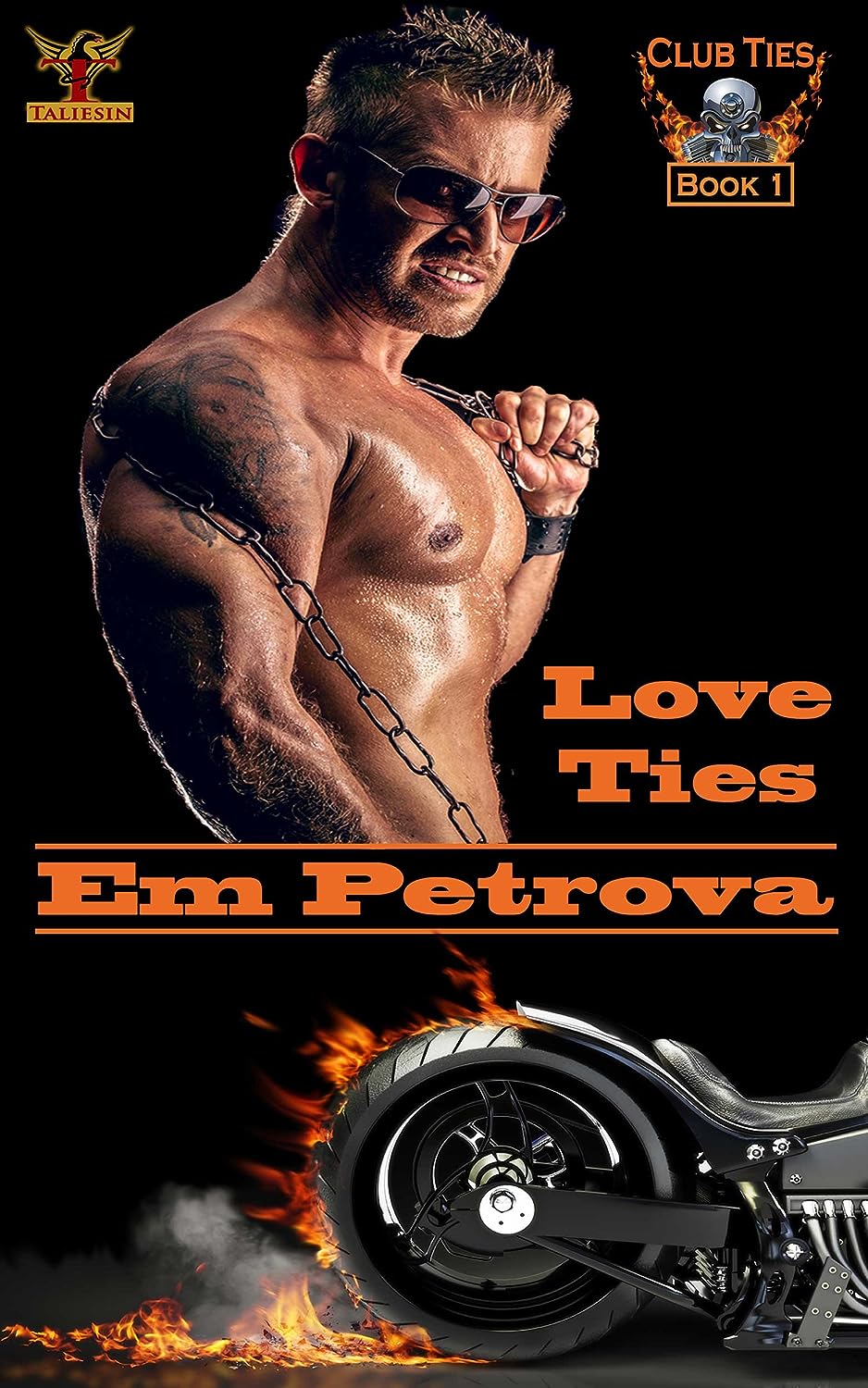 Hello, friends! I’m Em Petrova, here to tell you why having a motorcycle is as good as having a man. And how having both is heaven.


My latest release, LOVE TIES, sinks deep into the world of motorcycle clubs, bikers who mete out justice without the law’s interference, and tattoos. The whole culture of bikers intrigues so many, and right now MC books are all the rage. Everywhere I look there is biker fiction, and that just spurs me to stare at bikes—and the men on them.


I don’t personally have the opportunity to ride. But I imagine the freedom of the road and the wind on your face puts a person in a place of calm. A sort of headspace where you can think and dream—quite similar to being at the pinnacle of ecstasy. And we’ve all seen that salute bikers give each other as they pass, right? *melts*


Now having the bike is amazing, but having the man as well is heaven. Pressing your nose against leather, arms wrapped around a tattooed god. Sharing the open road with someone you love…yep, that’s heaven.


Read on for an ADULT EXCERPT of LOVE TIES, now available.


“You getting on this bike, Ever?”
The stubborn set of her jaw was just as charming as the rest of her five-feet-six-inch frame. Swallowing his chuckle, he didn’t wait for her answer, just fired up the engine.


She straddled the bike.
Female scents flooded his head as she pressed her breasts against his back. He thought he caught the word “dirtbag” but couldn’t be sure. The engine screamed as he pushed it to the max.


Ever wrapped her arms around his middle and leaned into the curve like a pro. The action made his throat tight. She’d been on the back of someone’s bike before, and goddamn if he didn’t want to hunt that man down.
Or men.
He hadn’t been kidding when he’d told Burns no one could even think about her.

Jamison stroked her thigh, and she inched closer until her pussy was flush against his ass. His cock was as hard as steel. All day he’d waited, not knowing how to get in touch with her. Hoping like hell he’d find her at The Gearhead.

The whoosh of wind as they hit the main drag in Heller’s Gap, along with the engine noise, prohibited talking. Last night they hadn’t done much more than grunt and moan. The only words Ever said was when he’d offered her soda or alcohol after their marathon sex session.


She’d chosen soda.
They whizzed past a group of five riders, and he gave them the hand signal. Hell’s Sons was a respected brotherhood. He hadn’t been lying when he’d told Ever “no drugs.” His MC fought like hell to keep the shit out of this town.


As they neared the compound he and about ten others called home, he wished for the first time he had a private place to take her. Last night most of the guys were already sacked out or shacked up with their sweet butts. But tonight all the lights were on, and music blared as Russ opened the door.
Jamison’s muscles tensed, and he drew Ever against his side. Tight against him. He didn’t want anyone looking at that gap of air between their bodies and believing he could shimmy his dickhead between them.
Nope, Jamison was this close to throwing down for her.
“Jamison’s back.” Several guys clapped him on the shoulder or back, but he didn’t break away from Ever in order to embrace his brothers.


“Whoooeeee.”
He jerked his head in the direction of that low, gritty catcall. Three guys stood against the wall, beers in hand and girls entwined around two of them. Jamison narrowed his eyes.

“C’mon, baby.” With his arm around Ever, he steered her out of the common room, past the pool table and people rolling nude on the leather couch. Ever didn’t flinch at this sight, which was more telling than her leaning into the curves. She wasn’t unfamiliar with the Life.

He couldn’t get her alone fast enough.