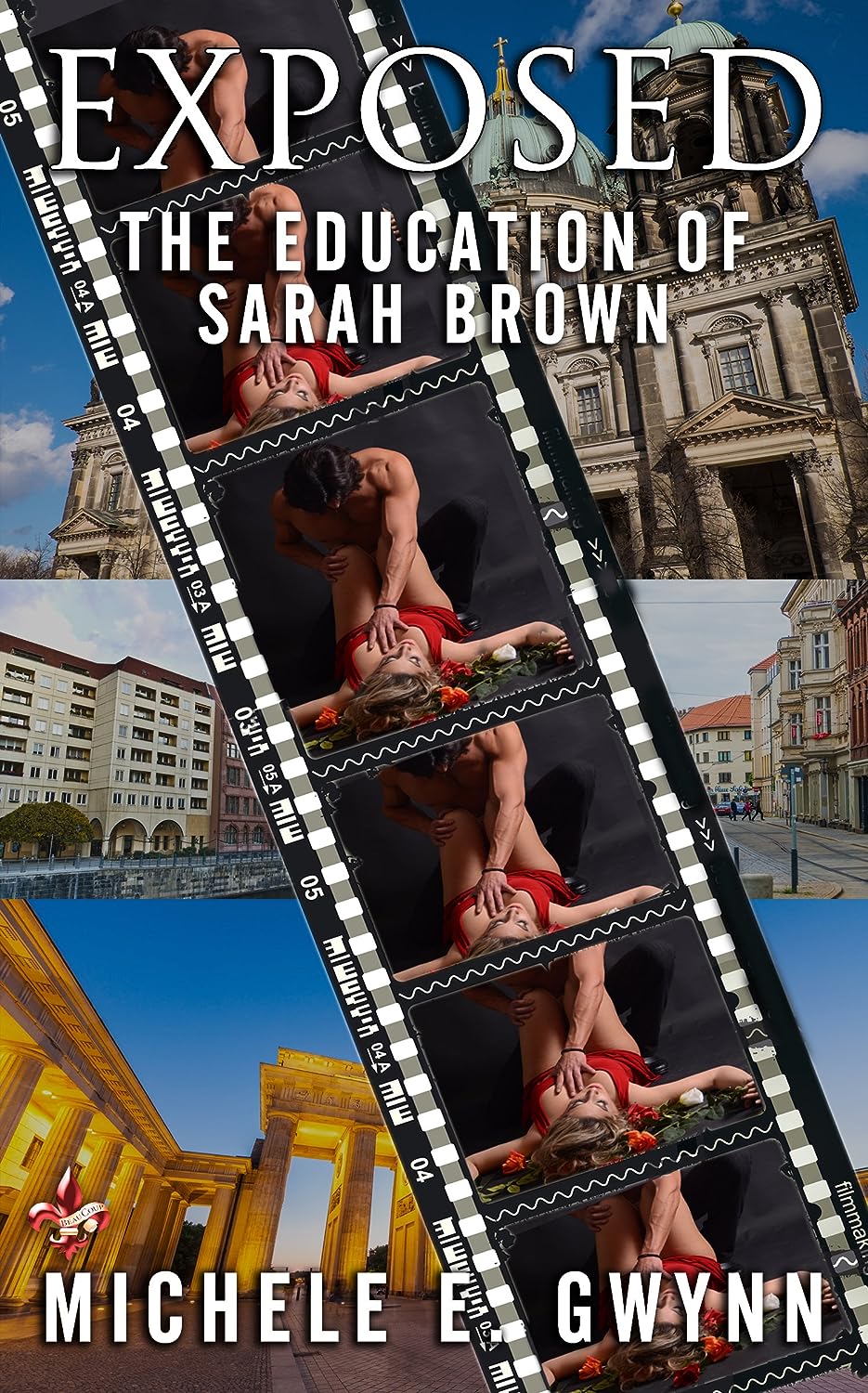 The Dangers of Sex
Sarah Brown sets out on a journey to sexual self-discovery and falls face first into danger. In Barcelona, Anthony de Luca, an author and photographer unleashes the full force of his charm that threatens to steal her heart, a prize he openly admits he doesn’t want. Still, she can’t resist him, and finds herself experiencing the heights of ecstasy and the lows of heartbreak as her lover leaves without a word. In Berlin, Paul Christiansen, a handsome Dutch lothario with a sordid past works his wiles to seduce her body; while in the shadows, a predator stalks a young boy close to Sarah determined to get what he wants or kill anyone who gets in his way. One of her two lovers has led a dangerous criminal straight to her door, but which one? And who can she trust? Will Sarah survive or will she lose both her heart and her life to desire?

EXCERPT
Each day, Sarah got up, got dressed, fixed breakfast for her mother who was slowly dying of cancer, and then proceeded to bathe, dress and prepare her mom for the hospice nurse who arrived promptly at eight-thirty in the morning daily. Once Vangie took over her mother’s care for the day, Sarah went to work where she spent eight hours every day, checking out, coding, and filing books. It was a soothing occupation for a tired mind, and Sarah was far too young to be seeking solace in a boring, nowhere job.Her only escape was the adult section of the library. The adult section contained books for those over the age of eighteen only. There were books written from the early seventeen and eighteen hundreds filled with wicked tales of naughty escapades by Dukes, Earls and their reluctant but equally naughty ladies. Some of the books were much more modern, but she preferred the older ones because they were well written, and the plots amused her in between the sexual encounters.Each night when the library closed and everyone was gone for the day, she would lock the doors, slip off to the adult section and pick out a book. Often, she would sit in one of the easy chairs placed around the library for people to comfortably enjoy their reading, kick off her shoes and curl up for another titillating tale. With only a table lamp or two turned on, she would slip into the story while her hands slipped inside her clothing. With her mind in another place where rules did not apply and responsibility did not bind, she would find her pleasure in exotic locales, and with fantasy lovers who knew the secret yearnings of her young body. These books were her only escape from the smothering reality of her existence.


ABOUT THE AUTHOR
Michele E. Gwynn is a freelance journalist in San Antonio. She writes for newspapers, magazines, and online websites like Examiner.com (under the categories of Film, Animal Rights, Healthy Food, and Sex and Relationships), Yahoo Voices, Alwayz Therro Magazine, and more. In addition, she also edits websites and books - recently editing the debut supernatural romance novel, Lone Wolf Rising, by Indie author Jami Brumfield, and her next novel in a new series, The Witch's Vampire - Mystery Springs Unleashed. Prior to her career in writing, Ms. Gwynn worked first as a referral coordinator, billing manager, then office manager for a dermatology practice. Ms. Gwynn has published three books; one in the genre of erotic suspense, Exposed: The Education of Sarah Brown; one in the horror genre, Harvest (Book I in the Harvest Trilogy - Book II due out December 2014), and one children's fiction, The Cat Who Wanted to be a Reindeer. She plans to continue "The Cat Who.." series with the intent on introducing common greetings and words of foreign languages with educational information about the history of other countries for children. She resides in the small town of Schertz, Texas on the northeast side of San Antonio with her four felines who so graciously allow her to reside in their home.