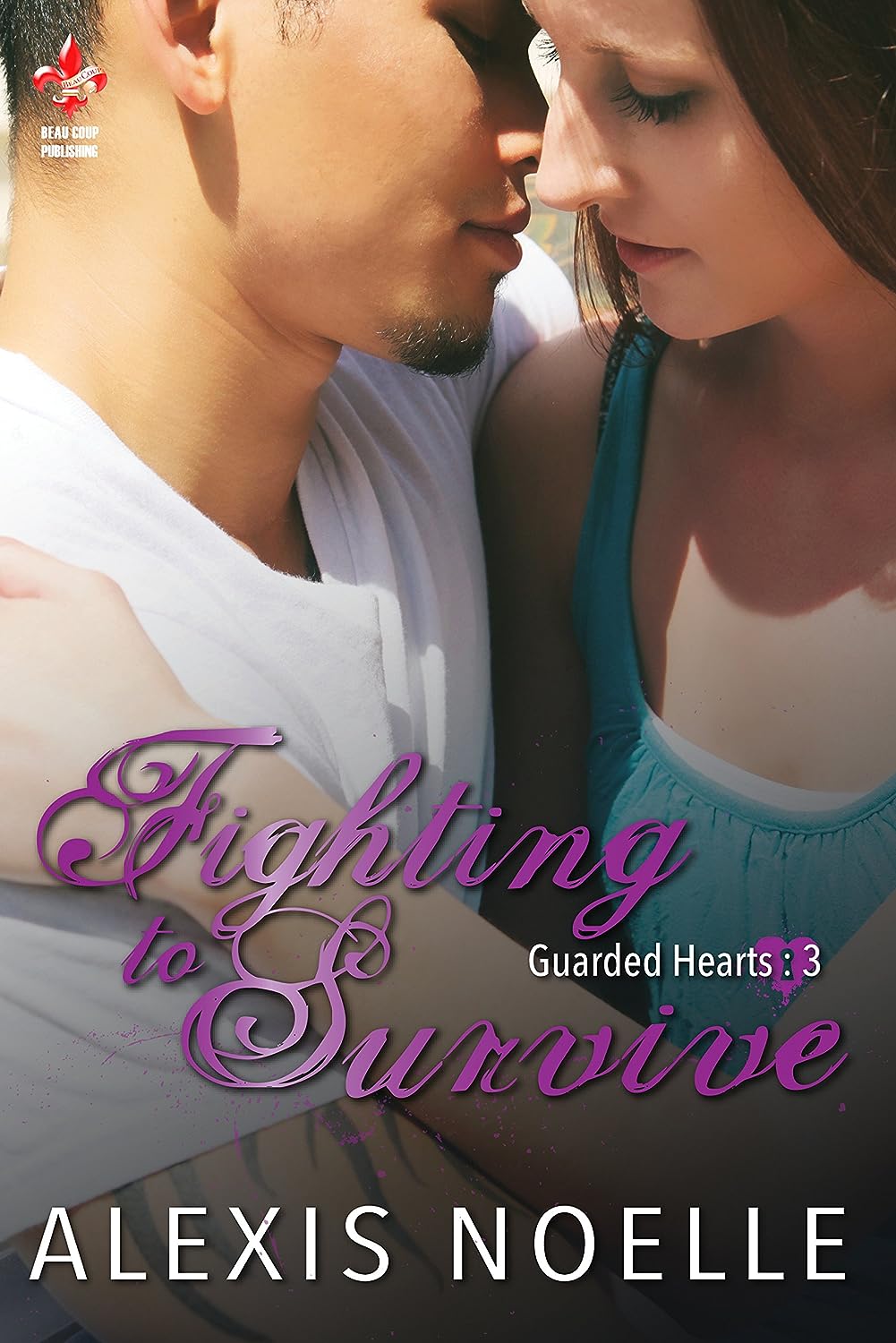 Shawn Matthews has been living a double life for almost a year. Now that his secret is out, life is about to become even more difficult. Shawn has to learn to balance his hectic lifestyle while carrying on a relationship with the only girl who has ever made him want one. Will he be able to overcome the many obstacles standing between them? Jason and Nicole have had a hard time adjusting to the bombshell which was dropped on their relationship. Will they be able to move past it without hurting each other in the process? Carter and Madison still have a demon haunting them that won’t stop until they are ruined. Will they figure out his plans before it’s too late? Fighting to Survive is the final book in the Guarded Heart Series. It will test the strength, will and love of all the characters. This conclusion will have you laughing, crying and screaming for more.

EXCERPT
“Listen, I didn’t mean to make you uncomfortable. I just want you to know things are still going to be the same as they were before.”I look up at him and he’s playing with his fork. “What if I don’t want them to be?” My voice is so quiet, I’m surprised he even hears it.He lifts his head and his eyes meet mine. “What do you mean?”“Maybe I don’t want to forget it happened.” I can’t believe I’m sitting here and saying this to him. I’m never this forward with guys.“It’s been a really long night, and I’m exhausted. What are you saying? Please clarify because I really don’t want to make a wrong assumption.”I take a deep breath. “I don’t want to pretend like it never happened. I didn’t go back there to try to hit on you, but I definitely don’t regret it. I’ve had a crush on you since last year, and when you kissed me tonight it was amazing. I hope I’m not making an idiot of myself right now, but I would like to see where this thing goes.”He looks at me for what feels like forever, untilthe waitress brings out our food. We sit in silence the entire time while we eat, and by we, I mean him. I can barely touch my food because of the growing pit in my stomach. After he’s done eating, he pays the bill and we walk back out to the car. He still hasn’t said anything and I can feel the growing need to curl up in a ball of shame and cry.I practically jump out of the car and run to the door when we pull up to the house. Just as I’m about to turn the knob, I feel a set of hands grab my hips and I let out a shriek. I turn my head to the side and Shawn’s face is only an inch from mine. My heartbeat immediately speeds up, having him this close to me with his hands where they are is torture.“What if we give this a try and it doesn’t work?” he whispers in my ear, his hot breath giving me goose bumps all over.“What if we give it a try and it does?” His fingers dig into my hipbones in response. I turn to face him, wrapping my arms around his neck.He walks me backward, presses me against the door, and kisses me. His lips are so soft and his tongue immediately finds its way into my mouth. He completely dominates me the same way he had earlier. When he pulls away, I can barely catch my breath.“Okay, let’s give it a try.”

AUTHOR BIO
Alexis Noelle lives in Philadelphia, Pennsylvania with her husband, three kids, and two dogs. On top a writing career, she is a full-time student and a full-time mom. She loves spending time with her kids, although she has to hide the computer from them when she is writing! She loves being active and being outdoors, especially if it involves any kind of shopping.She has always been passionate about writing. She loves to read romance books and feels like being able to lose yourself in a book is one of the more exciting aspects. The books she loves to read and write will be ones that make you feel for the characters. Alexis believes that you should have an opinion on every character in a book whether you love them, hate them, or think they are up to something.She also believes that the most important critic is your reader, so she loves to hear from the readers. She want her fans to be open & talk to her about what they want for the characters in the story, and what they would like to see happen.