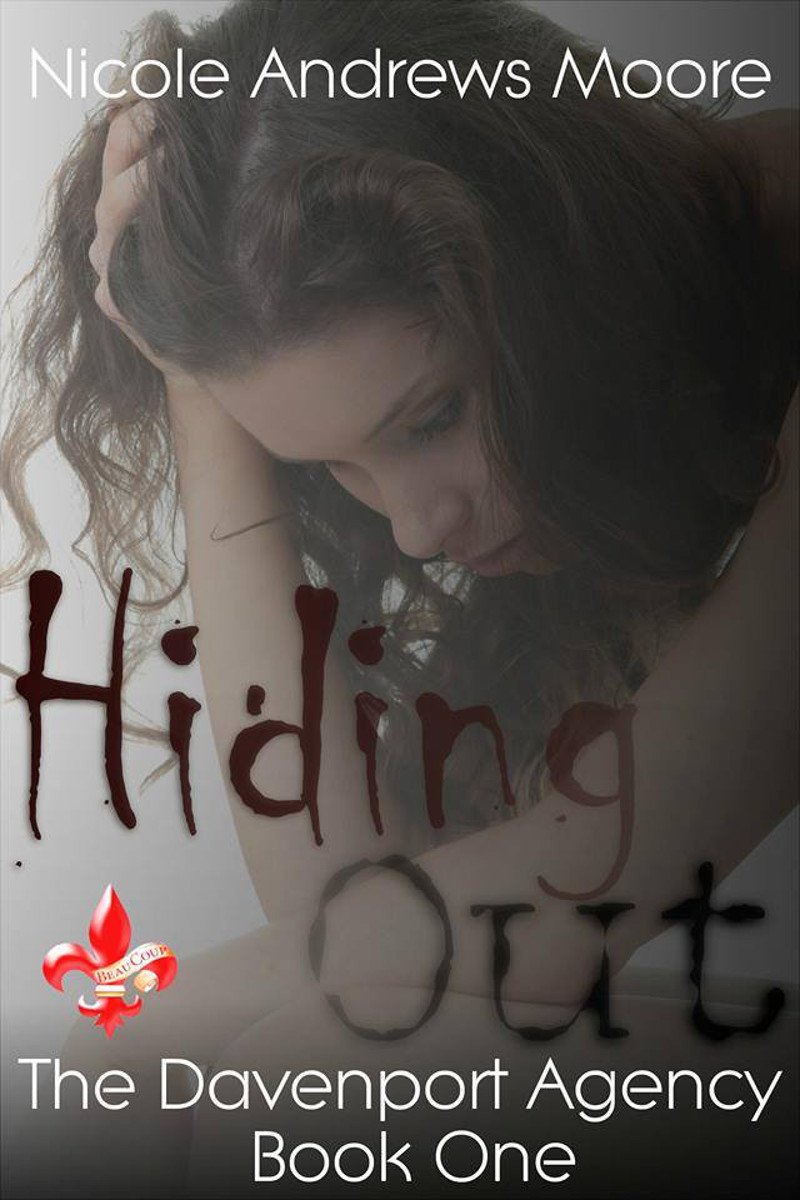 Samuel Davenport runs his family's New York based advertising agency. His brother, Adam, runs from responsibility and anything remotely boring. And his temp, Haley, runs so she'll never be caught and hurt again. She moved to the city New Year's Day to hide and recover, to build a new life far from her past. In an effort to lie low, Haley never expects to be more than a temp. What begins for Sam as an excuse to get to know her better, ends up being an opportunity for advancement and excitement for Haley. When Sam tries to uncover all of Haley's mysteries, he exposes her hiding place, endangers her life, and threatens to destroy any chance of them ever having a future together.

Haley had grabbed at her chest and was now attempting a smile, but couldn’t quite pull it off. “Damn it, Haley,” he murmured as he squatted next to her desk. “I’m sorry.” Samuel struggled against reaching out to her. He closed his eyes for a moment as he imagined crushing her to his chest and burying his face in her hair. He took a few deep calming breaths, then opened his eyes.When his gaze met hers, he found her eyes welling up with tears and it was more than he could stand. “Come on,” he said quietly, grabbing her hand and leading her into his office. “Please sit down.” He gestured to the leather sofa that so frequently held his napping brother.“No, I’m sorry,” Haley said, dabbing at her eyes. “I feel so silly. I don’t know why I’m crying.”He passed her a Kleenex, then said, “Yes, you do. Take a moment, then explain it to me.”She sighed, but soon her words came spilling out of her. “You looked so sorry and so sad and so helpless. And I can’t help but think that I put that look on your face.” She was exasperated. “All of a sudden you are treating me like blown glass, which is nice and scary and unfamiliar all at once. It’s like you really care or...” Haley faced him with a stricken look. “You know.” Her body shuddered and she eyed the door, something he had watched her do on more than one occasion.And he now knew what it meant. “Don’t go,” he said quietly. Then he added seriously, “I don’t know anything for certain. All I know is that it is painfully obvious someone hurt you. And that,” he said almost whispering, “breaks my heart.”Looking down at her lap, Haley sat stone still. Part of her wanted desperately to pour her heart out to him, but she feared that this knowledge would be too much for him. “Someday,” she whispered. “Someday I’d really like to tell you. But it can’t be today. And it can’t be now.” She swallowed and looked up at him with her glassy emerald eyes. “Can you be patient withme?”That was what everyone he had come into contact with had warned him. The good doctor, her friend Ellen...and he knew he could. She was worth it. “Yes,” he responded.


AUTHOR BIO
Nicole Andrews Moore has been an author since 2011, but it was after the birth of her daughter, Kenna in January of 2012, that she was determined to make it a full-time career. As the fourth smallest preemie in the world, Kenna’s medical needs would prevent her from ever going to day care. A fan introduced her to JB McGee, who became her mentor and best friend. They have been working together ever since, but The Traveler Series is their first collaboration.For fun, she spends time with those she cares about, cooks, reads, writes, and especially lives to travel. The current travel goal: visit every Margaritaville. Three down! (Eleven to go?)Her writing can also be found on Shine, where she is a Shine Parenting Guru and an award winning Yahoo! Contributor on YourWisdom as the relationship and dating expert. In addition, she has been published by McClatchy News in their syndicated papers.Her books can be found on Amazon, Barnes and Noble, Kobo, Apple, and Smashwords in ebook, paperback, and even some audiobooks.