The bell tinkling over the door announced his entrance into The Unique Hairtique, and Alexander was immediately assaulted by the scents of chemicals and shampoo.  Why did women put this shit on their hair?  This was why he went to a barber shop for his trims.  Clean smells were what he was used to, not this… 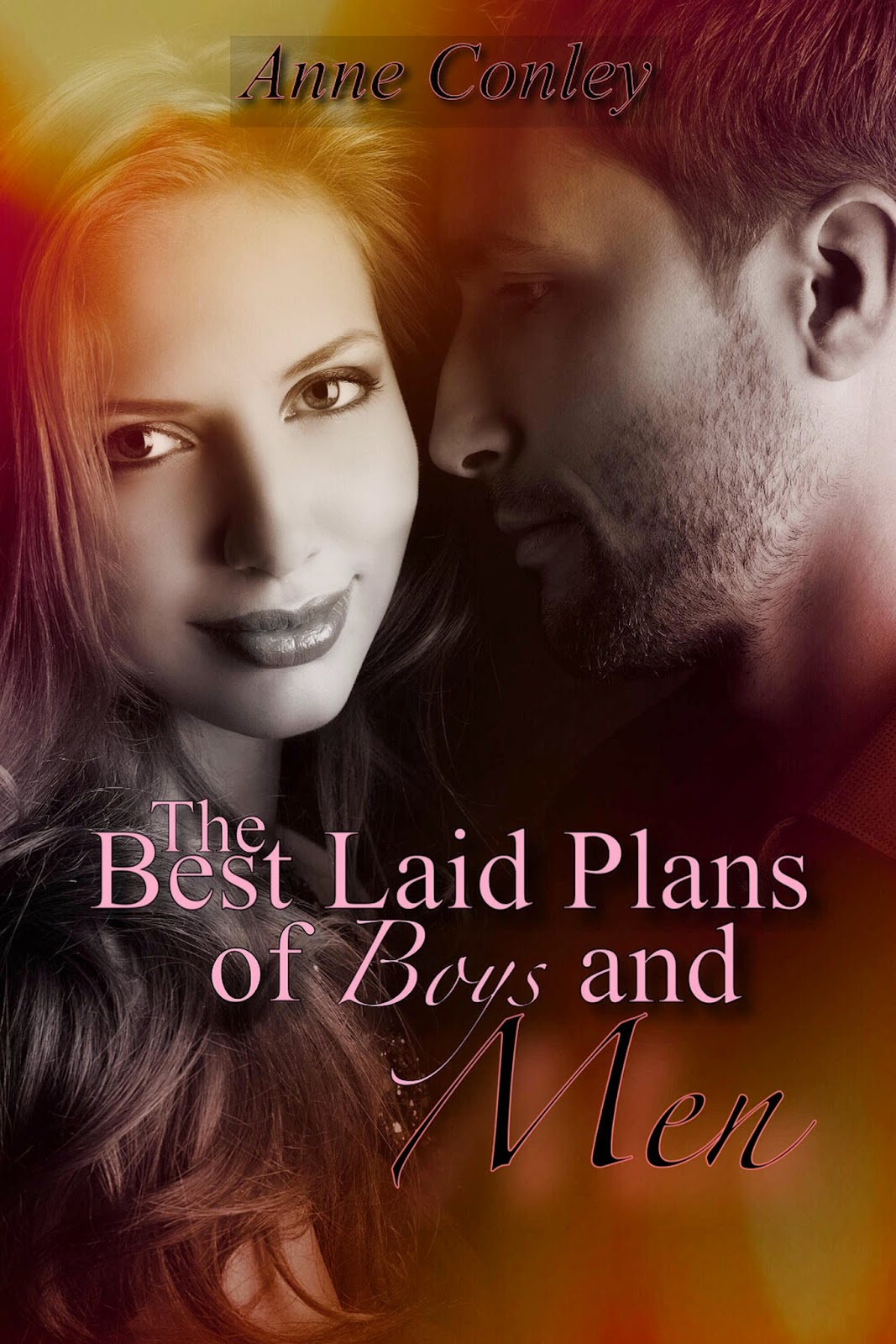 “Hi!  Can I help you?” He looked into the eyes of an angel—eyes which were a deep hazel, moss green fading to an earthy brown at the edges.  She was standing at the station nearest to the door, sweeping hair from the floor.

“Uh…yeah.”  He found himself swallowing past a sudden lump in his throat, wondering where it had come from.  Alexander Gibson was never at a loss for words, but the dark blonde hair piled into a messy bun with tendrils artfully escaping called to him.  “I need a trim.”

“I can get you.  Come have a seat.”  She emptied the dustpan into a trash can and opened a drawer on a rolling cart, whipping out a smock for him to wear.  “Same style, just a little shorter, right?”  Her fingers ran through his dark hair, sending a tremor of goose bumps up his arms.  They toyed with the silvery hairs at his temples, lightly plucking the shock of hair over his forehead.  “You like this long on top?  Or do you want it out of the way?”

“What do you think?”  For some reason he wanted her opinion.  She was quite a bit younger than him, but he was fascinated by her—her lips, her eyelashes, the rosy bloom on her cheeks.  He’d always had that shock of hair there; he didn’t particularly like his hair super-short.  It was one of his best features, not that he was vain about it, but women seemed to like to play with that particular part.

“I think it’s sexy,” she grinned at Alexander, and he felt a stirring under the smock at the way her lips formed the word.  He thought she was sexy too, but he kept that to himself.

He grinned back at her, suddenly feeling twenty years younger.  “Then I’ll keep it.”  He watched as she grabbed the spray bottle from the cart to wet his hair.  “Um… can I get the works?  A shampoo and everything?”  He suddenly wanted to prolong this experience.  What had started as a chore had turned into something he needed to savor.  He’d never had everything done for him at his barber shop, but the need to feel this angel’s hands in his hair was suddenly extreme.

Her eyes widened in surprise, but that was the only reaction to a man asking for the pampering afforded by a place like this.  Most men he knew only let the stylist wet their hair and then cut it.  She swiftly hung the spray bottle back on the cart and smiled again.  Her smile aligned something in Alexander’s insides.  This woman was doing something to him, and he couldn’t explain it.  Nor did he want her to stop.

“Sure.  Follow me back here.”  She turned and strode to the back of the shop where a row of sinks waited.  He watched her backside move under the tight black capris she wore, pretending he had ex-ray vision, ridiculously glad for the smock hiding his stiffy. 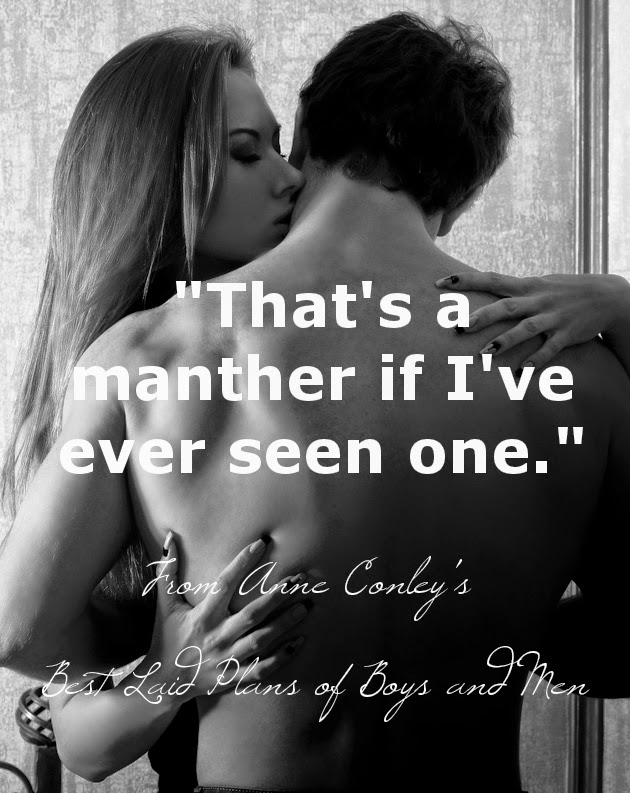 “It’s the best part of the whole hair-cutting experience.”  Her smirk turned to a wicked grin, and Alexander was helpless to stop his raging boner.  He crossed his legs to hide the bulge.  Instead, he focused on what he could see of the woman hovering over him, rocking back and forth with her movements.

This was quite possibly the most sensual thing he’d ever experienced.  While she washed, his eyes crept to her exposed cleavage and the black lace peeking from the black v-neck t-shirt she wore.  He watched the cleavage bounce—smooth white skin, marked with a tiny mole at the top of her left breast—as she lathered his hair vigorously.  Her toned biceps and forearms flexed with the movements, and he was powerless to do anything besides close his eyes and relax with a groan.  As soon as his eyes closed, her scent overwhelmed him—a light floral scent, mixed with an underlying musk that screamed female.  He inhaled deeply, desperate to cling to the images of skin sliding across skin, tangled sheets, and sweat that suddenly invaded his mind.

The actual haircut didn’t do anything to dampen his libido, either.  Her fingers in his hair and on his neck sent a constant tickle of electric pinpricks raining down on his skin the entire time.  Jesus, he had to have this woman.  All he could think about was having those perfect breasts in his mouth, stimulating her nipples into erect buds, hearing her groan, seeing those pink lips in the perfectly formed ‘o’ of pure coming undone-ness.

She interrupted him with idle hairdresser chatter, reminding him of why he had come here.  It was almost like an ice bath.  Almost.

“What do you do, Alexander?”  She tasted his name with the question, and the vague smile on her 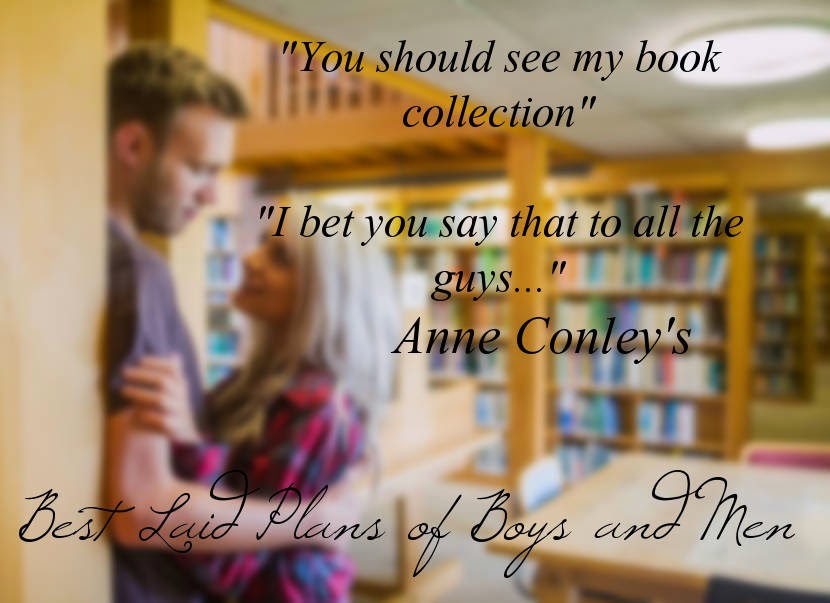 face told him she liked the way it rolled off her tongue.  He did too.

“I’m a lawyer downtown.”  The shutter over her eyes told him what she thought about lawyers, and he honestly didn’t blame her.  He knew exactly why she felt the way she did, and a pang of regret stifled the hard-on in his pants.

“Oh.”  Her eyes fell back to her work, and she seemed to work faster, trying to get him finished.

“If it makes you feel any better, I don’t like myself, either, sometimes.”  Especially right now.  When the paperwork had come across his desk, Alexander had been all for suing the salon.  Mrs. Frizzel had suffered due to their negligence.  Since Mr. Bowers had his heart attack and had to cut back his work load, Alexander had been re-assigned the case at the last minute.

He’d come in here for evidence against the owner of this place, not to want to bang the stylists.  But his thoughts were consumed with nothing else.  Especially when she smiled, which she was doing right now.

Feeling the need to fill the suddenly awkward silence, he offered, “How old do I look?”  His mouth obviously hadn’t gotten the memo, as he heard the flirtatious tone of his voice.
She did this cute thing with her mouth—pulling it over to the side of her face—while she swept her gaze carefully up and down his body.  He threw on his most boyish grin as her mossy green eyes scanned him.

“Thirty-six.”  He didn’t say anything, and she went back to snipping at his hair.  “Am I even close?”

“Forty-one.” She was behind him, her eyes locked on the back of his head.  He couldn’t read her expression well, but he thought he heard an intake of air.  “How old are you?”

Fuck.  He was old enough to be her father.  But the tingles persisted even though he now knew she was officially way too young for him.  His brain may know the difference, but his body didn’t give a shit.

“What do twenty-three-year-olds do for fun these days?”  Way to make himself sound like a fucking geezer.  If she didn’t have a pair of scissors snipping above his ear, he would have shaken his head at his idiocy.

She shrugged, putting away the scissors and getting the clippers.  “Work.  Same I imagine you did.”  Her eyes were square on him, and he was pretty sure he saw intrigue.

“And Girls’ Night Out!”  For the first time, Alexander noticed there were other women in the shop.  Three other sets of eyes were watching intently from other stations in the room, twinkling with merriment.  So they’d seen he was totally interested.  Who wouldn’t be?  She probably got hit on by male customers all day long.

One of the women was about his age, maybe a little younger, with long blonde hair and blue eyes.  She was heavily made up and wearing ridiculously high heels for someone on their feet all day.  Although right now she was lounging in her station chair, waiting for a customer.

Another girl was much younger with black hair and also blue eyes.  She had a wreath of roses tattooed around her bicep and wore jeans and Chuck Taylors.  She was smirking at them. 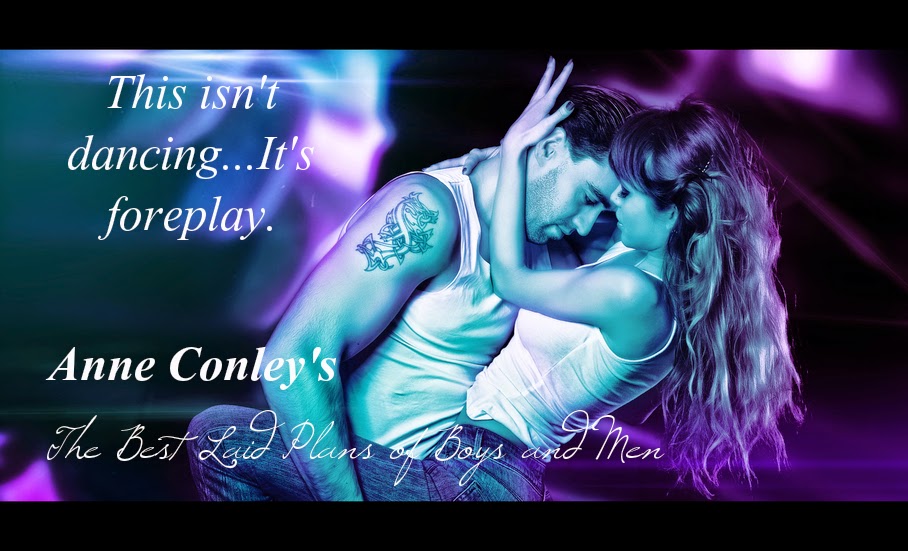 The last woman was downright matronly, and looked like she’d probably been working with hair forever.  Her own hair was cut well, but was a wholly unnatural shade of orange, matching her eyebrows.

The orange-haired lady spoke up, “These girls all go out every Thursday.  I think that’s Taylor’s only source of fun.  All she really does is work and read.  She ain’t lyin’ about that.”

“Yeah?”  Alexander smirked.  “Where do you girls go for your night out?”  His eyes met Taylor’s in the mirror, but she had that thoughtful look on her face, with her mouth squinched over to the side again.  She didn’t want to tell him?  Maybe he’d mis-read her.  Maybe she wasn’t interested.
Boyfriend?

Thank God her friends were less thoughtful.  “That club over on the Frontage Road off I-20, The Orb,” answered the blonde, eyeballing him.  He thought maybe she winked but wasn’t sure.  It could have been a twitch.

“I haven’t been there, is it fun?”  Alexander didn’t go to dance clubs.  He went to bars where there was dancing and live music.  There was a huge difference, in his mind.

From the women’s animated conversation, he gleaned the one cutting his hair, Taylor, the older woman called her, was going home to eat and change after work, before meeting them there.  A plan formed in his mind.  A plan so ridiculously stupid he forgot all about the name on his documents at his office stating Taylor as the partial owner of the business he was suing.

Thanks for reading the first chapter of The Best Laid Plans of Boys and Men, by Anne Conley.  It's available on Amazon, free for KU members, so grab your copy at Amazon.com or Amazon.co.uk