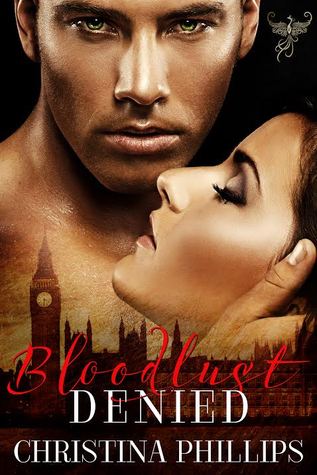 Tired of the thin-blooded aristocrats in 1815 London, Alexius yearns for better sport. He is drawn to a dark-haired seductress who shows no fear and refuses to obey his commands. Entranced by such novelty, he denies his bloodlust and decides to keep her to warm his bed.
Immortal vampire hunter Morana has never mistaken her prey before, but the dark stranger mesmerizes her, enticing her to forget everything but the dangerous pleasure she finds in his arms.
Neither one can deny the pull of the other, but there is something beyond the lust—a recognition neither can put a name to. The past and present collide and unless they discover the truth behind the lies, Death will triumph once more.
iBooks     Amazon US    Amazon UK   Amazon AUS    Amazon Ca     Kobo   B&N
Add to your Goodreads Shelf

Stir with a dash of arrogance, season with angst and a fractured sense of honor.

Add a seething thirst for vengeance and an insatiable craving to possess the elusive Morana.

Marinade with timeless secrets, cursed immortality and an ancient pact with Death.

Sample at your own risk… 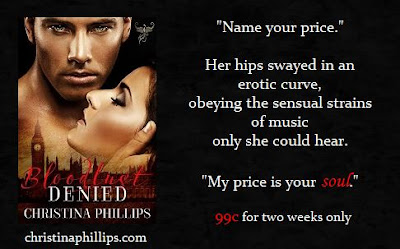 Excerpt:
A ripple of movement around her drew her reluctantly back to the present. The elderly Lady Harriet, her unwary mentor tonight, fluttered like a flustered schoolgirl as the young gentlemen retreated and Mr. Shaw, the Master of Ceremonies, approached, unaccountably beaming with delight.

The breath strangled in her throat and heart collided against her ribs. The tall, broad shouldered man being introduced to Lady Harriet was the reason she questioned her purpose, her existence, her sanity.

She tried to relax her fingers before they shattered her fragile fan, but it was her only lifeline. The only thing preventing her from doing or saying something so outrageous the ton would gossip about her for innumerable Seasons to come.

They turned to her. She heard Mr. Shaw explain she was the Lady Harriet’s great-niece, but his voice came from a great distance as each amplified beat of her heart echoed through her ears and thundered through her blood.

“May I present His Grace, the Duke of Havenshire.”

He bowed, and a shiver raced along her spine as she recalled the last time he had bowed to her just seconds after she’d demanded his soul. She forced a curtsey, her knees stiff, and finally risked glancing up at him.

Vibrant green eyes mocked her in a face so starkly beautiful her breath escaped in a shocked gasp. The flickering lantern in the alley had revealed his strong jaw, his high cheekbones and sensual lips, but had concealed the extent of his charismatic allure that enfolded her like a living entity.

But his eyes. She stared into them, mesmerized. In the dark alley, it had been impossible to discern their color and yet she knew these eyes. They were as familiar to her as her own but that was impossible. Madness.

He was speaking. She struggled to clear her mind, to compose her senses. Resisted the urge to press her hand against her face, just to check her cheeks weren’t really as hot as they felt.

“May I have the honor of this dance, Miss Craven?” The quirk of his mouth was the only indication he found such formality amusing. She flicked the tip of her tongue over her lips and didn’t miss the way his eyes followed the movement.

She could refuse. Turn and run. And knew she never would.

BIO
Christina Phillips has always loved things that go bump in the night and as a young teen was hooked on watching the old Hammer Horror movies on TV. While she doesn’t remember thinking vampires back then were hot and sexy, there was definitely a thread of naughtiness weaving its way through her overheated imagination. Necking took on a whole new meaning ☺

She loves writing dark tales of tortured vampires, tough arsed warriors and bad boy contemporary heroes who are brought to their knees by their heroines. However, in real life if a vampire ever loomed from the shadows to do unspeakable things to her she would likely die of fright.

Christina lives in sunny Western Australia with her family. She is also owned by three cats who are convinced the universe revolves around their needs. They are not wrong.

Sign up to receive notification of when my next book is released.