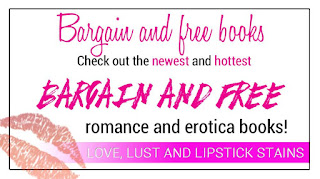 Mia’s testimony against Russian mobsters forced her to enter the witness protection program. She is relocated to a quaint cottage in Wolf Woods, near Mt. Rainier, far from everyone and everything she loved and cared for. All is calm, until she meets Dominic, the gorgeous ruggedly handsome owner of the mysterious Wolfe Estate. He is all alpha male, domineering, and controlling. The last thing she needs is to get involved with a sexy control freak.

Alpha werewolf, Dominic Wolfe, is the packs’ enforcer. When an attractive young woman moves into a cottage near his territory; his senses are heightened to obsessive proportions. A human pet to meet his desires.

Dominic is determined to unveil Mia’s real identity while keeping his own securely hidden. Haunted by the howls and shrieks coming from Dominic’s estate, Mia wonders if she can really trust the enigmatic man she suspects of wanting a dominant-submissive relationship. A man who brings out her darker desires. Will hidden danger keep them from gratifying their burning passion?

Rhiannon “Ree” Abbott, exotic dancer, is a year away from earning her postgraduate degree in physical therapy. Her unconventional job helps her fill in the shortfall that remains, after grants and scholarships, to pay for her classes. The last thing she needs is the distraction of the man she fell for in her junior year in college, a man who is married to someone else. She would never be his mistress...she was worth more than that. But when he returns, wanting to pick up where they had left off, she is hard pressed to deny him anything. Can she hold her ground against the man who has her heart, or will she cave and become his reluctant mistress?

Sheikh Samir bin Rashid el Abassi lives with a foot in two worlds -- in Marabah, his home country, and in the United States, where he maintains a permanent residence. The first time he sees Rhiannon Abbott, her body captivates him completely, and he pursues her relentlessly until he gets her. He had told her about the loveless marriage which he was about to enter, and Ria had let him go. Samir had thought then that he could stay away from her, but he finds himself unable to resist her siren call. His divorce begins his new pursuit of Ria, and he sets his sights on regaining the love of the woman who has captured his imagination from the start. He wants her to be his wife, not his mistress, but he will have to fight her mistrust to prove himself.

Ciara learns on her way to work that her boyfriend has been not only cheating on her, but in fact had been using her as a sidepiece while still remaining with his previous girlfriend. Ciara decides to take the day off, and stays on the bus as its passengers leave at the last stop – all but one passenger, an intriguing, dark-haired man who goes by “Zamir” and doesn’t take no for answer.
They meet at a pub, and things escalate to his nearby apartment, where he gives her the “massage” he promised. The flogger’s massage is not what Ciara had had in mind, but she likes it. She loves it. She takes it harder and harder, all along her bare back, and tests Zamir to the absolute limit of BDSM that his muscles can deliver in a night that neither of them will soon forget.