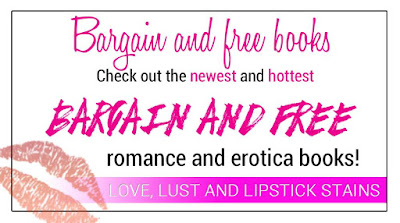 If You Only Wanted One Night Would You Take A Chance On a Man Who Wanted Forever?

Rose O'Brian wants to spice up her love life and Jack Winston seems like the answer. Sexy, funny and a killer smile, Jack is every woman's fantasy. All she wants is one night of passion, nothing more. But Jack has a secret that stops him from taking her up on her offer, stops him from having the one thing he wants more than his next breath--beautiful Rose O'Brian. Rose has her own secrets. Emotionally scared, she's never believed in happily ever afters. But for the first time she's met a man who makes her want to open her heart, to dream of love. When Rose's past rears its ugly head can she finally let go and overcome the hurt? Can Jack convince her to take a chance and embrace a future with him? Can he show her that love is there if she will only reach out and take it?

Long sunny days on an island with a hot woman and her suspicious, power-hungry husband...what could go wrong?

Dan Frazier has never forgotten what it felt like when his father became a victim of a corrupt city official. Now, well on his way to his first billion, he has made it his mission in life to punish those who prey on others.

The big plus is that he finds his role with the Honey Trap Team to be a real buzz. Beautiful women and payback - what's not to like? Especially when his task is to get close to the stunning Miri Moore, wife of a powerful talk radio host who doesn't hesitate to destroy others if it furthers his own interests.

Dan buys his way on to MiriMal Island at a charity auction, and once there sets out to win Miri. There's just one problem -- during their sizzling liaisons all over the island, he finds himself liking her more and more. Dan has to remind himself that her husband Mal deserves to be taken down...but what will happen to Miri?

As if that isn't enough, at the back of his mind the whole time is the image of his Honey Trap team mate Morgan, the tough-looking biker chick who looks like she could eat women like Miri for breakfast. But Morgan is so not his type...is she?

One’s own death isn't the kind of thing a witch goes around planning, but after tonight, kicking the cauldron would be the easy way out.

Brutally stripped of her magick for helping a human friend with a love potion, Marabelle Winters has finally found a way to recover her preternatural powers. Tucked away in the pages of a centuries old tome in the High Council’s secret library, the spell calls for lethal and illegal ingredients that will reveal a secretive past and shed light on a future she never thought possible.

But first, she'll have to die.

As pack enforcers Lucian and Zane’s first instinct is to protect their sassy witch. Their second is to claim her. But before they can take her as their life mate, both alpha shifters have vowed to help Marabelle reclaim her powers. But, when the time comes, all three soon discover not everything is as it seems in the world of Magick. Shadows of evil taint their unity and Marabelle's destiny leads them into an unknown world where the ultimate battle between black magick, dragons, and shifters cross paths and could lead to another blood-drenched Witches and Weres war.
​
Hex My Heart, a werewolf erotic series, follows five coven sisters as they find true love through their misadventures with love spells gone wrong with a botched hex or two. Be warned, this series is smokin' hot!