Claire McEwen will be awarding a $20 Amazon/BN GC to a randomly drawn winner. Scroll down to enter.

This wild stallion can't be tamed.

Todd Williams is still the naive idealist he was in college. Only now he's endangering lives—Nora Hoffman's to be exact. Nora hasn't seen Todd since he decided that saving the rain forest was more important than their relationship. Until the night she's nearly crushed by the stampede he causes. Now Todd is determined to make amends, for everything.

She may not agree with his methods, but even Nora can't deny the importance of his fight to save the wild horses. With the attraction between them still sizzling and the fate of the horses in the balance, Nora must decide just how much she's willing to risk.

How was it possible that Todd had the power to make her crazy after all these years? She was a rational person. She always had been—except when it came to him.

He said he’d changed, but he was still the clueless rich kid who’d never had to struggle to put a roof over his head.

Nora took a deep breath of the clean air and let it out slowly. She just wanted all of her feelings about him to be gone. To live her life without the burden of her old, dusty love for him. Because, despite his ignorance, despite their differences, he still haunted her.

She kept the memories at bay during the daytime—she’d had years of practice at that. But at night he came to her in dreams so vivid that she woke in the morning genuinely shocked to open her eyes and find him not there.

And now he was here, as opinionated and idealistic and idiotic as ever. The guy she’d dreamed of, who’d never dreamed of her. And somehow she would have to figure out how to keep going forward and living her life, knowing Todd wasn’t just in her dreams anymore. He was in the machine shop in town, and at a ranch down the road. He was here in her hometown, judging her and finding her lacking.

Dreams were easy. They faded in the daylight. Reality was a lot more difficult. 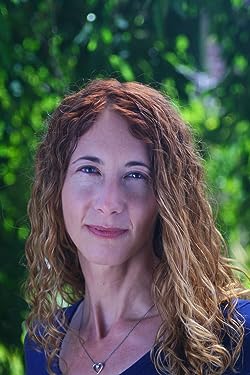 Claire McEwen lives by the ocean in Northern California with her husband, son and a scruffy, mischievous terrier.  When not dreaming up new stories, she can be found digging in her garden with a lot of enthusiasm but, unfortunately, no green thumb.  She loves discovering flea-market treasures, walking on the beach, dancing, traveling and reading, of course!

Review
Wild Horses made a nice change from the usual when it comes to Western romances. The setting and the issues surrounding the horses was really refreshing but it still had the same comforting feeling of small town and beautiful descriptions of rugged countryside. True to the Superromance line, Wild Horses delivers more than romance. It brings light to the plight of the wild horses and of the issues facing people living in a small town. Nora is desperate to escape her past but is unable to when having to return home to help her brother with his ranch.

Shadowed by her past and her need to be perfect, Nora is pretty uptight. I found it quite hard to connect with her, in spite of understanding why she was the way she was. I was really hoping for some more light-hearted moments from her but even when she was enjoying banter with Todd, it didn't seem natural. Todd is a good counterpart to her--easygoing and understanding though I felt he had more patience than I would have done. Whilst I found him likeable and certainly heroic, I didn't fall for him. He was sometimes a little too perfect.

The theme of growth and understanding was strong in this story. Having dated in the past, the story could have been one where they hashed over all their previous issues. I'm glad they both realised quite early on to let go of who they were in the past. Though their growth wasn't complete, both managed to realise neither of them were like the teenagers they were in the past and they were honest with each other. It was a breath of fresh air to have two adults behaving just like that--like adults. And the story offered a heart-warming promise of a fresh start that was both satisfying and beautiful.