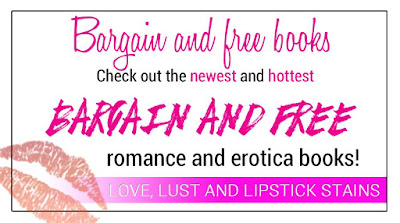 Ria Montori is no stranger to kicking ass. Despite her petite size, she’s a former Sandarian military officer currently serving the Cavacent clan and adjusting to life on a strange planet called Earth. She has no time to search for her psi-mate, the one being who could bring her pleasure beyond any mere physical intimacy. Which doesn’t explain why she’s bonding with a Curzan native who just killed a government official.

Ty Sordina hates Ria’s kind. The Sandarians enslaved his people and murdered his parents in front him when he was a child. He has sought revenge ever since, and nothing will get in his way. Especially not a feisty redhead who challenges his every instinct and calls to his psi like no other.

But there is a war coming. And the two beings who want nothing to do with each other hold the fate of an entire planet in the heat of their undeniable desire…

She thinks he’s more than a killer. He’ll have to kill to prove her right.

I’ve been working for Don Capelli since I was twelve. I can’t even tell you how many people I’ve killed, but lately I wonder if I’ve still got the stomach for it. Not much choice, though--a man like me doesn’t get to have a nice little wife and family to come home to.

And now there’s this chick. Emily. Cute, and sweet, and innocent--it’s her old man who has gambling debts. But I’m holding her hostage until her father pays up.

Except he’s not paying, and the Don wants to turn Emily into one of his whores.

I gotta protect her somehow … and hope Don Capelli doesn’t find out.

I’ve spent my life buried in books. They’ve been my closest companions, my true friends … but they didn’t prepare me for this.

I’d be scared to death except for Robert. I know he’s done awful things, but he’s not an evil man, not deep inside. And he makes me feel things that no man ever has.

He’s all I’ve got since my father abandoned me.

If we bring each other pleasure … is that so terrible?

Who doesn’t love a little tasty erotica? Lick your lips and prepare yourself for a sensory feast!

The first in a series, A Slice of Sin is an anthology of savory stories guaranteed to make your mouth water and leave you needing a little privacy… or an audience.

Women drive these stories, taking the lead in sex, pushing the boundaries of their experience, and always enjoying themselves. From stories of casual sex to stories of the intimacy and enduring passion of established couples, these are stories that will whet your appetite and satisfy your cravings (and maybe leave you with some new ones…).

Act out a dirty little fantasy in Chase Morgan’s The Stand In, satisfy your late-night sweet tooth in Alegra Verde’s The Bakery Boy, or enjoy a night of romantic generosity in Autmn Tooley’s Tonight Is For You. Or step back to a time of long boats and Vikings in Michael Bracken’s Saga of the Sailmaker’s Widow.

From the romantic to the kinky, the suggestive to the explicit, this collection is sure to satisfy and keep you coming back for more and more.