Conquered is a passionate love story, as much about its main characters, Guam native Jesi Taimanglo and American GI Johan Landers, as it is about author Paula Quinene’s passion for Guam itself. As her characters try to find a place for themselves amid the war, Jesi’s relatives, and the Chamorro traditions, Quinene charts a path through a seldom told story: Guam’s place in WWII. An original idea written with an original voice that invites readers in to the exotic world of the Pacific, complete with coconut trees, banana doughnuts, dolphins swimming in the ocean, and moonlight on Pago Bay, Conquered also recounts the brutal horrors of the Japanese occupation on Guam, a US territory largely forgotten back in the States. In addition to learning about a singular and little-known culture that has played a part in the world wars of the Pacific, readers will undoubtedly crave the recipe for banana doughnuts.


EXCERPT
Johan stood beside her, and could feel her arm against him. The slight grazing of her skin assaulted his senses. Christ Landers, they’re praying and you’re thinking of that. She did the sign of the cross again, and the prayer ended.

“Come, Johan, you and your men eat first,” Mrs. T said, appearing out of nowhere.

“No, you’re our guests. Jesi and Peter, show them what we have.”

Jesi led Johan, more like pulled him first, to the table. Peter helped the other soldiers.

“It’s not fancy,” Jesi said as she handed him an old bowl and spoon. “We’re blessed we didn’t lose our house.”

“It smells delicious, and reminds me of you.” Johan smiled, remembering the coconut oil.

“You know what rice is right?”

“Sure do.” A grin spread across his lips. “My favorite is brown trout because my Pops used to take me fly-fishing in the Catskills, and we caught a lot of that kind of fish.”

Johan watched as she ladled fish, shrimp, and white broth into his bowl.

“I wouldn’t go that far. I was mediocre on my best days. Pops was great at it. We’d come home with tons of fish.”

They moved down the table.

“I miss both my grandpas.”

In an instant, he saw the joy dissipate from her face. Don’t make her cry.

“What is that?” Jeez, I might have to eat it. “If I eat whatever that is,” he nodded toward the bowl of beans and something, “will it bring that pretty smile of yours back? I didn’t mean to make you sad.” 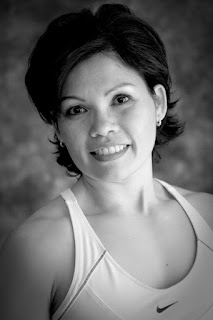 Paula Quinene was born and raised on Guam. She graduated from the University of Oregon in 1997 with a bachelor’s of science in Exercise & Movement Science, hoping to return to the island as an anatomy teacher. A resident of North Carolina since 2000, Paula’s homesickness – or “mahalangness” – has motivated Paula to write A Taste of Guam, Remember Guam, both cookbooks, and her first novel, Conquered. Paula’s home on the web is www.paulaq.com.
Website: http://www.paulaq.com/index.html
Book’s blog: http://guamromancenovel.blogspot.com/
Facebook: https://www.facebook.com/pquinene

a Rafflecopter giveaway
at 23:00