Book Spotlight: #99c The Doctor is In (Love?) by Ashlynn Valana 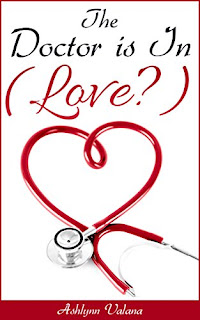 Urban California doctor Megan Parker was a rising star in the medical field until a freak accident sends her running to rural Canada for a fresh start.

Long haul trucker Hunter Scott had never questioned his nomadic lifestyle, until a winter driving the roads of Harris Valley, Yukon leaves him yearning to make it his permanent home. A dream he will do anything to make it happen.

When Hunter's trusty rig breaks down in the first snow storm of the year he, and his faithful dog Puddle, find themselves on the doctor's doorstep. Megan invites the strangers to stay but has no intentions of falling for the handsome stranger, whose reputation in town has proceeded him.

As the snow continues to fall sparks begin to fly leaving both wondering: was it cruel fate that brought the two together, or destiny? Can Megan be open to admitting past mistakes for the chance at a fairy tale future? Can Hunter convince Megan that he is ready to stay in one place with the right woman?

After several minutes of trudging through the accumulated snow, Megan noted a dark shape ahead of her. At the same time, the dog broke into a run and Megan followed suit, eager to offer help to whoever lay ahead of her. She was covered in snow from head to toe by this point. It melted on her skin and refroze clinging to the wool of her gloves, hat and scarf in a way she was unaccustomed to and unprepared for. She slowed apprehensively as she approached until she realized what she saw was a man, dressed in coveralls, boots and a dark ski jacket. He lay on his side as the snow accumulated, threatening to make him part of the stark white landscape.
at 12:56