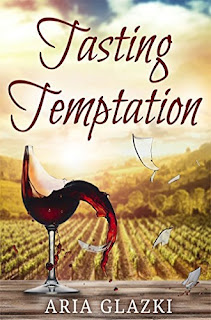 After last summer's failed attempt at romance, Gina is absolutely done with men. And especially with millionaires. She has a good job as a fashion editor and amazing friends, and she's decided she needs nothing else. All she really misses is the sex. But that rush just isn't worth the risk of being ensnared in another relationship. When the hot bartender at her best friend's Sonoma wedding suggests some harmless stress relief, she takes him up on the offer. When it's sufficiently satisfactory, she indulges in a repeat--for the road. When she learns he's actually the wealthy owner of the vineyard, the mix of fury and fear is damped only by the knowledge that she never has to see him again.

Hunter Cavaliere is determined to honor his grandfather's legacy, and so far, he's right on track. The vineyard is thriving, he has plans for expansion, and his wines speak for themselves. The only thing missing is the right woman to share it all. But through his grandparents' marriage, Hunter learned what true love is, and he's unwilling to settle for anything else. A woman who judges him because of his money definitely isn't high up on his list. Still, when circumstance unbelievably keeps bumping him into the intriguing brunette from Portland, he can't shake the feeling that she is someone he should pursue.

Gina's poised to run the other way, but one more taste of Hunter may just prove too tempting to resist. 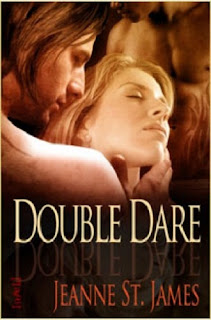 What could be better than waking up next to a hot guy? Waking up sandwiched between two of them.

Quinn Preston, a financial analyst, is not happy when her friends dare her to pick up a handsome stranger at a wedding reception. What better reason to give up men when her previous long-term relationship had not only been lackluster in the bedroom but he had cheated?

Logan Reed, a successful business owner, can’t believe that he’s attracted to the woman in the ugly, Pepto-Bismol pink bridesmaid dress. And to boot, she’s more than tipsy. After turning down her invitation for a one-night stand, he finds her in the parking lot too impaired to drive. He rescues her and takes her home. His home.

The next morning Quinn’s conservative life turns on its ear when Logan introduces her to pleasures she never even considered before. And to make things more complicated, Logan already has a lover.

Tyson White, ex-pro football player, is completely in love with Logan. He has mixed emotions when Logan brings home Quinn. But the dares keep coming... 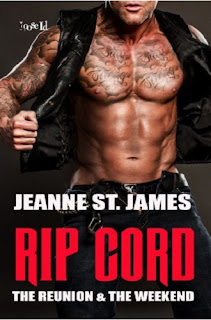 The Reunion
Gil Davis hated high school. Ever the geek, he has no intentions of attending his 10th year class reunion. The last thing he wants is to relive the taunting and teasing he received during his teenage years. However there is one thing he misses from high school: the star Varsity football player. The one he had a crush on from the first day he laid eyes on him. But the last thing he expects is the now pro football player to come back to their home town to attend a lame high school reunion. Known as the Bad Boy of the NFL, Ripley “Rip” Cord, not only shows up, but shows up without a date and an eye for Gil.

The Weekend
Geek extraordinaire Gil Davis hooked up with his long-time crush Rip Cord, the Bad Boy of the NFL, during their tenth year class reunion. It was a dream come true for Gil, so when Rip surprises Gil with a trip to the pro football player’s cabin on the lake two weeks later, Gil looks forward to their weekend alone. Since Rip is still deep in the closet due to his career, Gil will take any stolen moments they have. Little does Gil know, those moments will be filled with a blindfold and ropes, as well as a bad tumble down the mountain.

But a few bumps and bruises won’t stop Gil from spending precious time with Rip and his toys. However when the weekend ends, will Rip disappear again? Or will Rip want to take their relationship to the next level?