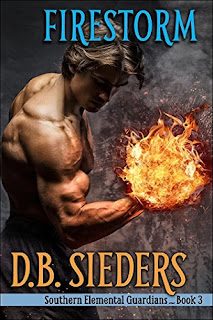 Bruce, prince of the American Sylph and guardian of wind and air, loves mixing business with pleasure. An immortal with excessive appetites, he wields his considerable powers to satisfy them so he can forget his past transgressions. But when he discovers a rogue Phoenix on the loose, pleasure comes with the risk of catastrophe.

After nearly a century in hiding, Serafina is forced to fight against a conspiracy to resurrect the Phoenix. Uniting three of her kind could disrupt earth's elemental balance, unleashing a fiery apocalypse. Can she trust the seductive, mercurial Sylph prince to help her, or will her untested passion and fire doom them both and all they hold dear?