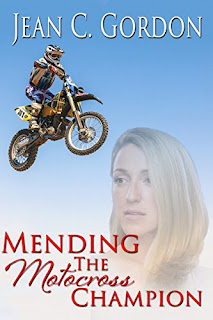 Physical therapist Dana VanAlstyne’s dreams of a family were lost in the dust of a motocross racecourse. Although she’s filled her life with her work and church activities, it hasn’t filled the empty space inside her. Nor has it eased the heartache of being abandoned by a man who wasn’t ready for a wife and children. Now her dream is to open her own private practice. All she needs is the capital to make that happen.

Anton, “Mac,” Macachek may be the top professional motocross racer in the country but he still has one race that matters more to him: winning a championship at Unadilla Raceway and showing the hometown folks the bad boy did amount to something. But when a horrific accident sidelines those plans, he makes a deal with the woman he once loved with all his heart. A woman who abandoned him. If Dana will get him back in racing shape, he’ll fund her new practice. Then an even more dangerous risk is revealed. If Mac races again, he could die. 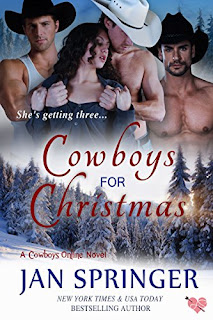 Jennifer Jane Watson has spent the past ten Christmases in a maximum security prison. The last thing she expects is to get early parole along with a job on a secluded Canadian cattle ranch serving Christmas holiday dinners to three of the sexiest cowboys she's ever met!

Rafe, Brady and Dan thought they were getting a male ex-con to help out around their secluded ranch. The last thing they expect is an attractive and very appealing woman fresh out of prison. In the snowbound wilds of Northern Ontario, female companionship is rare. It's a good thing the three men like to share... 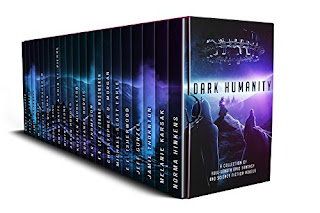 The Dark Humanity Boxed Set is a compilation of 21 Full-Length Science Fiction and Epic Fantasy reads! We’ve spared no great discovery, with inclusion of a diverse mix of existing titles and brand new content!

The pages inside are packed with everything from faeries, dragons, and mysterious viruses to fantastical quests, frozen cities, fearless knights, ancient foes, and powerful enemies.

With over a million words of fiction, this is your one stop shop for sword and sorcery, military and AI science fiction, dark fantasy, and mesmerizing space opera adventures from more than twenty Award Winning and New York Times & USA Today bestselling authors!

This is the stuff legends are made of. 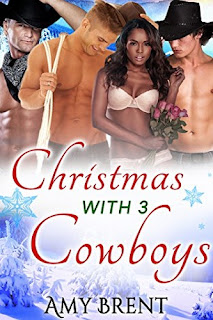 Christmas has never meant much to Shandy.  She’s on her own, stuck in a small town, no family, no friends. Her boss is a pervert, she’s got a shitty job—and nothing to be thankful for.  It’ just another shift, just another day for her.

But a storm’s coming in—and brings with it three cowboys, looking for a place to sit while one of them sobers up.  And as he’s sobering up, the weather takes a turn for the even-worse, and it’s not long before they’re stuck in the diner, sharing meals, stories…and other things.

Can Shandy get over her fears of contact and embrace her wild side? What does a virgin like her have to offer three wild guys?