The world of Slavic immortals has never been darker

Enter the world where myth becomes reality, where long forgotten gods walk the earth, and where love forms bonds that cannot be broken even in the raging winds of battle.

Box set contains: The Dark Ones, The 24hourlies, Chased (novella)

Lose yourself in a touch of passion. Whether it’s the beauty in a song or the magic of a kiss, the agony of heartbreak or the hunger of yearning, explore ecstasy and desire in these captivating full-length, award winning novels. Written by eight bestselling, USA Today and NY Times authors, this boxed set has it all: Historical Romance, Contemporary Romance, New Adult Romance, Victorian Romance, Western Romance, Romantic Suspense, Wounded Warrior Romance, Military Romance, and Literary Fiction. These sensual tales of love with a strong female lead will leave you with a smile on your lips and music in your heart.
_____________________________________

Eeza Thyren is the leading manufacturer of magically enhanced sex toys worldwide. Working out of a castle tower, she flawlessly combines technology and spells to create the best orgasms money can buy.

She's never struggled to complete a project until now. Her full-body male replica lacks realism and there's no amount of vibration that will hide his flaws. After years of self-imposed exile, she decides to hire a male assistant. 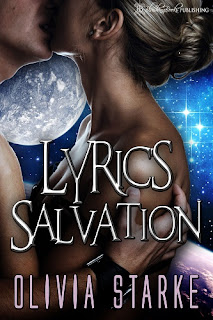 Stolen from her home world and given to a man named Vander, Lyric becomes a spanking wench. Kept pure and well-fed as enticement to wealthy men, Elitists take a turn at her with a flogger or paddle, a punishment she’s learned to endure and sometimes even enjoy. Above all, she’s remained a survivor. When a show incites a riot, and Lyric is certain she’ll die, she’s whisked away to safety by her last disciplinarian—a young man who looks nothing like an Elitist.

Troy has one chance to save his father and two young brothers from death in the mines—snatch Vander’s prized spanking whore and hand her over to his biggest competition, another Elitist named Clemens. Yet Lyric is nothing like he expected, she’s beautiful, innocent, and certainly doesn’t deserve the horrible fate Clemens has in store for her. Not to mention the feelings Troy begins to develop for the young woman who will never survive the show Clemens has planned. But handing her over and collecting his pay is the only shot he has at buying his family’s freedom.

Cade and Rowan met when they were young. Their families have feuded for years but that does not stop them from developing a friendship that leads to something more. When Rowan’s father learns that they are seeing one another, a fight breaks out between the two families. Cade’s family is forced to flee for their lives.

Twenty-five years later, Rowan and Cade meet again by chance. Their feelings for each other never really left, but Rowan is now a married woman with a daughter. They decide to rekindle their romance, even though they know that danger will follow them.
at 22:00