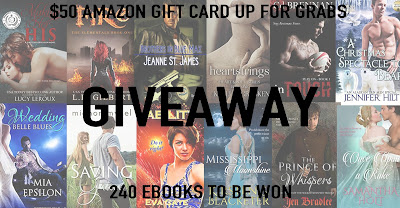 We've got 12 authors giving away 240 books between them! To claim your copies, scroll down and click to enter your details. Emails won't be used for anything apart from sending you your prize unless you opt in! Then be sure to scroll down to enter our gift card giveaway! 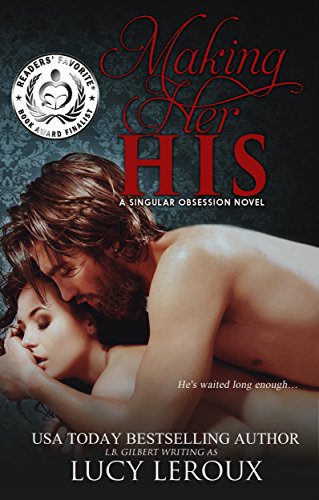 Alex Hanas couldn't believe that after so many years as a widower, his father was getting remarried. To make matters worse, the American gold digger had a kid--a daughter named Elynn. After months of avoiding it, Alex goes to brunch with every intention of giving his father's new family the deep freeze. But he can't pull it off with Elynn's anxious green-grey eyes locked on him.

That was the day his life changed.
Four years later, Alex is as close to Elynn as a stepbrother can be. But that's not enough for him. He wants more...and he's done waiting. 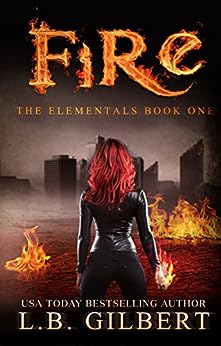 Diana, a fire Elemental, is almost burned out. Alone in the world (save for her Elemental sisters), she takes satisfaction in punishing those who've strayed so far into the black they've disrupted the balance. But her contentment is increasingly short-lived as she struggles with the limitations of her ability. An Elemental can track murderers to the ends of the earth, but not before it's too late for their victims.

So when a child from a previous case goes missing, Diana is determined to find her. The only problem is, she may have to take on an entire coven of vampires to do it.

Big city party-girl Amanda Barber has been spoiled most of her life. But life for Amanda suddenly becomes a major challenge: adapting to small town life, dealing with her handicapped brother and constantly butting heads with a frustrating local cop.

As a police officer and former Marine, “responsibility” is Max Bryson’s middle name. Never having been in a serious relationship, he has no plans for being in one in the near future. He likes being his own man. And even if he were interested in a serious relationship, he certainly wouldn’t choose it to be with someone so immature and irresponsible as Amanda. But no matter how hard he tries, he can’t get sexy Amanda out of his head or his heart. Watching her mature in front of his eyes, his protectiveness towards her only strengthens. 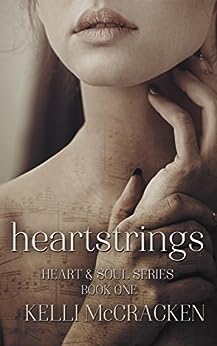 Forgetting the past isn’t always a choice.
Jo Hayes is desperate for answers. After waking from a coma, she faces a harsh reality. Amnesia has stolen six years of her life. The only thing keeping her sane is her brother, Brighton, who vows to protect her at all cost.

As fear and confusion dominate Jo, she struggles to regain her memories. Pieces slowly emerge once she meets the mysterious Adam Hart. Something about him strikes a nerve she can’t ignore, and the more she’s with him, the harder she fights to remember.

While the flashbacks bring Jo closer to the truth, they leave her physically drained. If her memories don’t return naturally, the truth may destroy more than her mind. It may be the one thing that kills her. 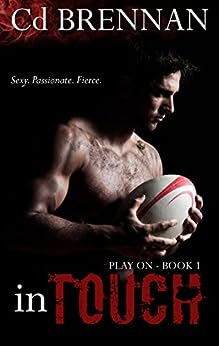 Sexy. Passionate. Fierce.
Irish rugby star, Padraig O’Neale, has fecked up his life and is one angry man. When caught using a banned substance for his back pain, Padraig is excused from both his provincial club and the Irish International team. Right before World Cup selection. Out of choices, his agent convinces Padraig to play for a small American club in Michigan. Just until things settle down. But when Coach asks the team physical therapist, Gillian Sommersby, to help the newest Blues player with his issues, Padraig finds himself trying every wacky treatment out there from stinky salves to music to yoga. Like her therapies, the therapist herself is a bit…odd. The cute college grad in Converse and glasses doesn’t seem all that impressed with Padraig’s celebrity status, nor gives a shite about his excuses. As it turns out, she might be exactly what he needs… 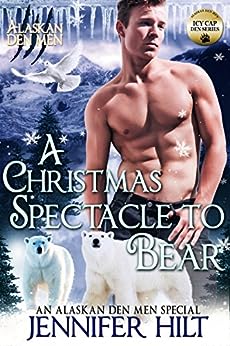 For single shifter Lea Riley celibacy sucks. Suspecting a new tattoo is behind her recent string of dating disasters, she arrives in Icy Cap to coordinate the Christmas spectacle at the local paranormal casino. Her goal? Track down the ice bear shifter she had a fling with four months ago in NY who created the tat. Also, she’d like to stay alive despite her troop of hostile troll showgirls.

Magician Caleb Kerzak's fling shows up in Icy Cap as his new roommate with one big question. Namely what's with the strange tat on her shoulder that wards off any of her potential dates? Ice bear shifter Caleb has some explaining to do, only he doesn't know the answers. He wants Lea back in his bed and he’ll do anything to protect her. 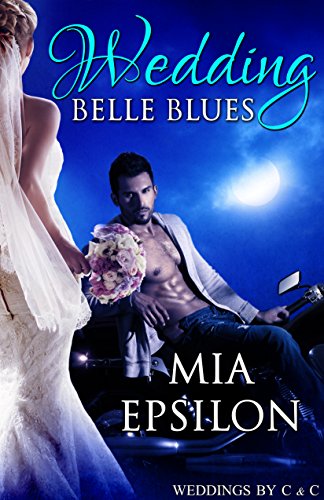 What do you do when the woman you love is marrying the wrong man? Sabotage the wedding!

Anna is planning the perfect wedding, but she doesn't anticipate her future mother-in-law's offer of help which translates into take over. Her groom-to-be avoids her and insists their growing problems are just 'bridal nerves'. Worst of all, her best friend, Robin, begins to act strange. Everyone around her has his or her own agenda. What's a girl to do when she begins to realize the perfect life she envisioned is all a lie?

Robin has two great loves in his life: his best friend Anna and his motorcycle. Not one to make a scene, he supports Anna in her plan to marry the wrong man and regrets she can't accept his 'dare devil' lifestyle. But when push comes to shove, he's more than willing to make the necessary sacrifice and prove he is the man she needs. 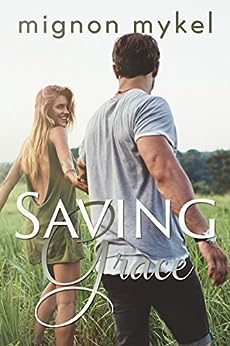 In his line of work, Sawyer Meadows sees some gut wrenching things. He sees broken people, wounded people, fearful people. He loves his job, yet is losing a piece of himself in the mix.

But there was always her. Drawn to her quiet smile, he has always known she was meant to be something special to him.

A fact that became painfully evident when she found someone else to hold her.

Somewhere along the way, we lost it.

They are given one weekend together to fix their friendship. 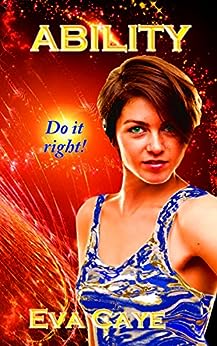 Lieutenant Princess Brielle Sinclair, the first female navigator in the Sinclair Demesnes Service, can be sharp, sassy, classy, and determined, and oh-so-aware of her impact on the men! She's totally ace, but her weird cyborg navigation implants represent her unique ability to visualize stelluric waves, the building blocks of wormholes and stargates.

A technological disaster shortens Brielle's liberty on the planet Venturi, and leads to the retrieval of her sophomore chemistry lab partner, Lord Zak Ellison, a deep undercover agent dealing with the disaster while enslaved by a mysterious being. When her ship gets embroiled in that puzzling energetic influence from Venturi, the Emperor needs her to handle the situation.

How can Brielle extricate Zak from this horrible assignment, as well as help him with his troubled past? 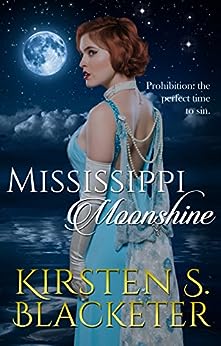 Virginia Chapman dresses like a boy and looks a half a decade younger than her nineteen years. Her sharp tongue and bold confidence help her keep up with her six brothers. But life is hard in a small river town, and families do what they must to survive. Even if it's illegal...like distilling moonshine and selling it.

British ex-patriot, veteran, and businessman Nathaniel Blackthorne dislikes complications. Especially the river rat daughter of his supplier who stows away on his steamboat when her family is attacked by one of his rivals. To ensure her safety, Nathaniel must transform Virginia into a lady and keep her close, without losing his heart or risking both of their lives. 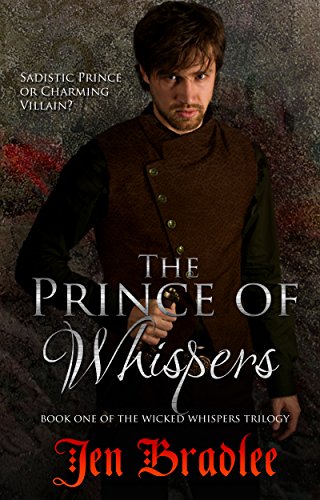 If you are expecting a traditional medieval tale or charming prince, you will not find it here. I am not like other men for I have a voracious appetite and will appease it no matter the cost. Do you doubt my confession? Then I invite you to step into my kingdom.

Women were created for pleasure, tis my obligation to see them fulfilled. When I whisper, they come to me. All save one...Lady Ruby. I can see the desire in her eyes even though her pure and noble heart fights against it. She may be an outlaw, but a rare gem such as she has never been found in Meradin. She is my challenge, my penance, and my weakness. Nothing short of Almighty God Himself can keep her from me. I shall possess her. Ruby is mine.

Dear reader, will you begrudge me your company when you learn of my past and how wicked I can truly be? Or will you come to me willingly, surrender yourself to my charms, and beg for more? 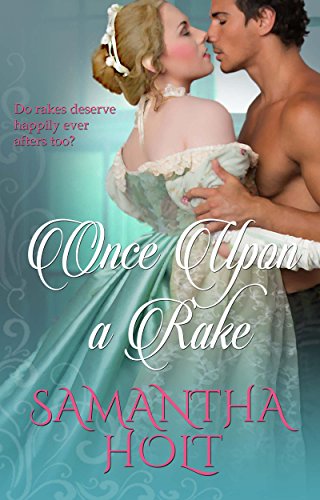 Once upon a time, Little Ellie Browning swiftly discovered happily ever afters did not exist and rakes were simply rakes. When the man she had adored for years kissed her and left her heartbroken and she was forced to marry an elderly earl to save her reputation, she resolved to put any dreams of fairy tales aside.

Seven years later, the now widowed Eleanor, Countess of Hawthorne, has returned to England after years of travelling and is now part-owner of a cotton mill left to her by her late husband.

But the owner of the mill, and the very same handsome rake who hurt her years earlier, has no desire to let a woman interfere with his business, let alone little Ellie Browning.

With things heating up between Ellie and Lucian, they are both at risk of getting burned...

CLAIM YOUR COPY HERE
a Rafflecopter giveaway
at 12:00